The Crystal Calls: Deet and Rian feel a spark between themselves while trying to spark the beginning of a true rebellion. Aughra strikes a noble deal with the Skeksis to free those who are captive in the Castle. Meanwhile, skekSo and the Lords are trying everything in their power not to turn to dust.

A Single Piece Was Lost: It’s time for an all-out dogfight. The Gelfling and Skeksis finally meet at Stone-in-the-Wood for an epic confrontation, but not is all that it seems. Sacrifices must be made; personalities will snap and the many must become one.

Marni Hill – As this Song of Thra reaches its epic conclusion, it’s a thrill to look back at the past eight episodes and remember the many twists and turns that set each key character on their fated paths. As Deet awakens after absorbing the power of the Sanctuary Tree, it’s a delight to know that the plot still has a few shockers left up its sleeve.

Let’s talk loyalties. More specifically, let’s talk about how the Gelfling and Skeksis unite together in very different ways. The Skeksis have been nothing but backstabbing and more than happy to throw each other under the bus for the longest time. If it wasn’t Chamberlain scheming to get his seat back, its everyone ganging up on skekTek as if he’s the weak little brother who’s too small to play outside with the big kids. Their very nature is opposed to unity through healthy means, so what could possibly unite them?

It is death and the unknowing of what lies beyond it. skekMal’s ever waning health freaks the Lords out like nothing else. They have a reputation to maintain. They are not Gelfling, death should be beneath them, right? It’s my opinion that another underlying factor of their fear is the knowing that they don’t belong on Thra. As the Sanctuary Tree stated, power can only be transferred. When Gelfling die, their essence returns to Thra. When the Skeksis and Mystics die, they turn to dust (or sparkles) due to their essence not being of Thra. There’s no place for it to go, so it dissipates. 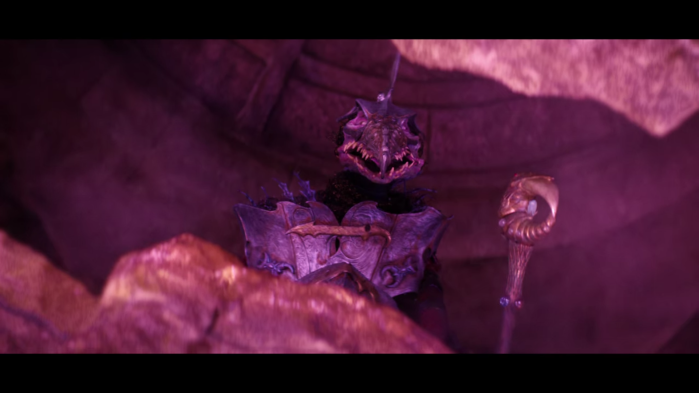 It certainly explains skekSo’s obsession with the Darkening. He knows unfiltered power comes with a physical cost and yet ignores it (I chuckled when he declared he’ll never be dust). The same ignorance is shown as he agrees to Aughra’s sacrifice to bring back skekMal using her essence. It takes a lot of built up stupidity to believe that Thra would choose a Skeksis over the being which sprouted from its very roots.

Where the unification of the Skeksis is dark and ugly, the seven fires of resistance finally being lit is nothing short of gorgeous. Of course, it’s not without its sacrifices. Aughra is momentarily displaced and Tavra seemingly also pays the ultimate price. Although, if you’ve read the novels by J.M Lee, you may be questioning if it was just the Ascendency that crawled away in Tavra’s Threader. Upon the completion of the Dual Glaive, we see just how powerful Thra’s connection with the Gelfling is. The bursts of purple and blue light shooting across the sky, uniting the clans as you hear the cries of rebellion is perhaps the most cathartic scene in the series. You feel the urge to respond to Rian’s speech and skekSo’s response sends a shiver down your spine.

In the lead up to Stone-in-the-Wood, there is the ever-tentative romance blossoming between Deet and Rian, teetering only due to Deet’s impending Darkening. Seladon, having finally seen the light after the Skeksis terrorized her, makes peace with Maudra Fara and her remaining sister, Brea. skekTek gets denied the chance to fight, which seems to be the straw that broke the camel’s back. Also worth mentioning that the Skeksis method of preparing for battle is to stand in a circle and scream which I couldn’t help but laugh at.

Finally, we come to the final battle, but since this is a puppet production, its more like an extremely well-coordinated dogfight. It’s nothing short of brilliant. The females flying overhead dropping bombs, the males charging in underneath, the Skeksis wielding their swords (which I desperately want a replica of), all come together in a perfectly layered conflict, all shot on shaky cam of all things. The quick, precise cutting of the sequences is enhanced by Daniel Pemberton’s thrilling musical score. You certainly couldn’t do this 37 years ago and its clear the writers, cast and crew has taken every advantage in giving this puppet fight a heavy sense of danger. It’s as grounded as it is dirty. 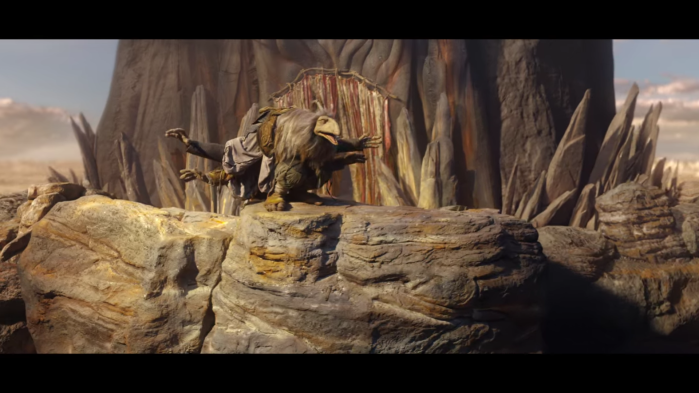 Amongst the chaos, Chamberlain ends his feud with the General with a swish of his sword, Maudra Fara dies a true hero for Seladon, and skekMal comes out of nowhere after scaring the hell out of skekTek back in the Castle. Just when it appears that skekMal will finally get Rian’s head for his trophy, urVa the Archer sacrifices himself, cementing himself as one of the bravest characters in the series, not afraid of what lies beyond. Also lost are the poor Gruenaks, killed by an essence-addled skekTek as he gives into the madness that had been steadily pressing down on him. 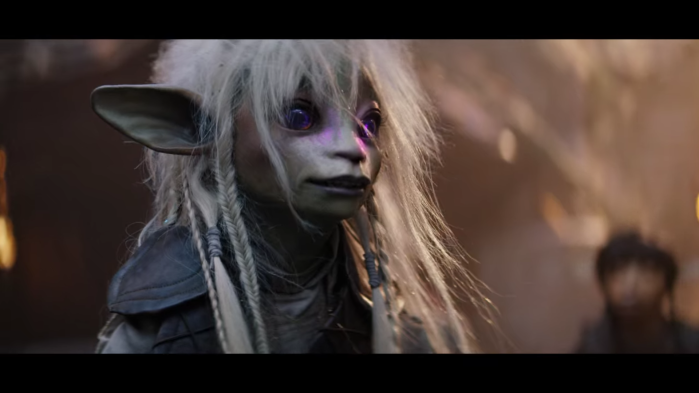 Deet’s final powerplay is bittersweet. She proves to be the most courageous of all, unreleasing the Darkening she had absorbed back at the Skeksis to save her friends, but at what cost? She is the Darkening now. All Rian can do is watch her go as the forest dies in her path. A sweet Gelfling who once persevered to preserve and protect life will now likely go down in Thra lore as personified death. I can’t help but what to know what becomes of her.

And finally, the Crystal Shard comes into play! I couldn’t help but chuckle every time the missing Crystal Shard was mentioned and as soon as someone started to question its whereabouts, they were either ignored or completely cut off. Call it a crazy theory, but if a second season is produced and Rian has a shot of healing the Crystal as we saw in Deet’s vision, it might be revealed that this Shard is a fake. However, there is the factor of the Dual Glaive absorbing the General’s Dust back into the attached Shard. What’s to happen to it after the battle?

And so we come to the end of The Dark Crystal: Age of Resistance. Or have we? What the writers have done brilliantly is sneaking concealed open endings into the conclusion, but still wrapping everything up just in case a second season isn’t granted by Netflix. What happened to Deet? Where did Tavra’s Threader go? Why bring the Crystal Shard into the narrative so soon before the Great Conjunction? These are all threads that could be tugged on later but can also be left to the viewers imagination.

Spending the past five weeks placing Thra under a metaphorical microscope has been a challenge to relish in. I’ve been able to dig into 10 hours of spectacular puppetry and storytelling in a world Jim Henson wanted to see flourish. Thanks to the cast and crew of The Dark Crystal: Age of Resistance, Jim’s vision got to sing another song in the Age of Wonder. It’s been a pleasure and I truly hope we get a second season to see these characters and Thra at large flourish even further in the form of Season Two. 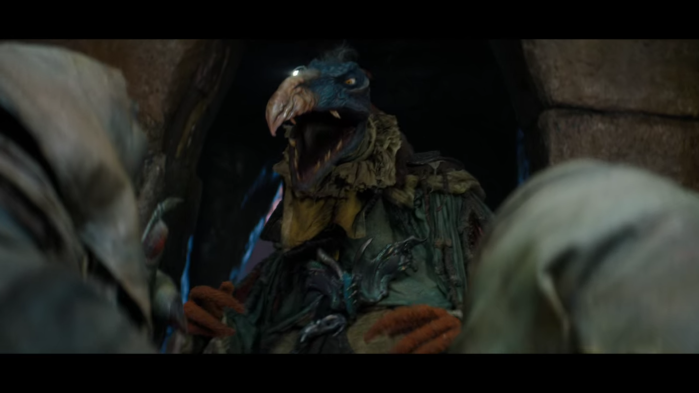