Jarrod Fairclough – In 2004, The Walt Disney Company purchased The Muppets for an undisclosed sum, rumored to be about $200 million dollars.  It was a long time coming, since Jim Henson himself had been interested in selling off the franchise, holding serious talks before his death.  Since the sell date, we’ve had a myriad of Muppet productions of varying quality, and though we haven’t had as many as we’d like, there seems to be a misconception that Disney not only has no idea what to do with The Muppets, but is actively ignoring them.  And that just isn’t true.

Before I get in to it, I will gladly admit that Disney hasn’t always done right by the characters, often portraying them in confusing ways.  Sometime’s they’re marketed towards small children, such as the Disney Junior Muppet Moment segments from early 2015.  Other times they’re marketed towards adults, such as the ABC series in late 2015.  That kind of extreme tone change, especially in such a short amount of time, can confuse anyone, we even mentioned it a couple of years back.  Disney sometimes have trouble explaining just who The Muppets are for, when they needn’t bother – The Muppets are for everyone.

But Disney’s confusion doesn’t mean they don’t want these characters to succeed.  Disney is a business first and foremost, and if audiences aren’t tuning in to see these guys, Disney don’t have the motivation to put money in to something they won’t see a return on.  I think these days Disney is seen as such a large provider of entertainment, arguably the largest provider in the world, that people can forget that there is a whole other business side of it.  Disney just wants to make sure that the content being put out there, both by The Muppets and by any IP, is going to be a money maker.  It’s sad, but it’s true.  Star Wars makes billions of dollars.  Marvel makes billions of dollars.  Kermit the Frog isn’t making billions of dollars, sadly.  So they focus the majority of their efforts towards Kylo Ren and Scarlet Witch, as any company would do.

And Disney have certainly tried with these characters.  They’ve made two fantastic theatrical films, some specials, and a TV series that came in to its own in the last half – unfortunately it was the wrong half.  If audiences just aren’t there, it’s going to make an impact on business decisions.  It’s easy to forget that just because we’re all crazy fanatics of these guys, we’re in the minority.

There has been a lot of anger directed Disney’s way the past few weeks, with the announcement that the Josh Gad led Muppet series for Disney+ was cancelled, as well as the live Great Moments in American History show at Walt Disney World ending.  With the latter, it was a sad, disappointing move, but it wasn’t targeted towards just The Muppets, as many assumed when the news broke.  Walt Disney World scrapped a large amount of their shows due to budgetary cuts, including live bands and performances across all the parks.  Great Moments was a victim of circumstance, in the wrong place at the wrong time, just one of many losing their jobs due to lags in park attendance.

And this feeling wasn’t just shared online – it seems a lot of people at Disney felt this way too.  So the new head of Muppets Studio, David Lightbody decided not to go forward with the pitch, and instead offered Gad and his team the chance to develop a new series, which they declined.  This is good news all around – if Disney didn’t think the series would succeed, they shelved it, and instead actively tried to do something else better.  That shows that the team want what is best for the characters, and it also shows that Disney is interested in more content.

And that’s evident in the fact that Muppet Babies continues to go from strength to strength on Disney Junior.  The show has been a wild success, and the team at Disney continue to pump a lot of passion in to the project.  If you haven’t had the chance to check it out, give it a look.  You’ll be pleasantly surprised.

Muppets Now, an unscripted sketch based series comes to Disney+ next year.  From what we’ve heard, the show sounds like a heck of a lot of fun.  We’ve got more social media videos on their way.  We’ve heard that head of The Muppets Studio David Lightbody is excited to make Muppet content, which is great to hear.  The Muppets are where they need to be right now. 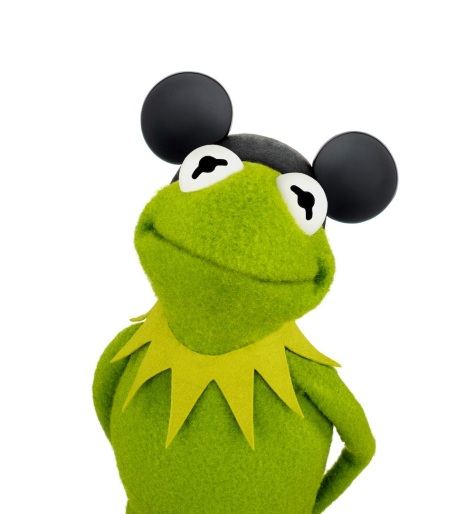