Jarrod Fairclough – Holy cow, it’s finally happening.  Since 1991 people have been wondering just where the heck Scooter’s sister Skeeter went.  A character almost exclusive to the original Muppet Babies from the 1980’s, Skeeter has appeared just a small handful of times, notably in The Muppet Show Comic Book in 2010.  When the new series was announced, people were wondering why Skeeter had been replaced with Summer Penguin. 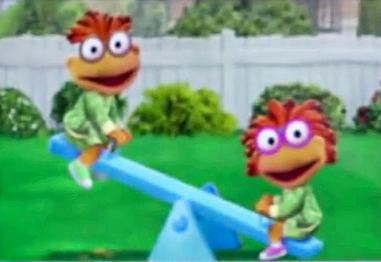 That said, Skeeter and Scooter have made regular appearances in the new series in the form of a photograph on the wall in the nursery, confirming her existence in this timeline.  And now, we’re super excited that Disney Junior have announced that Skeeter will be returning in the just announced Season 3 of Muppet Babies!

Season 2 of the series premieres August 9th, and if you haven’t seen any of it, it’s well worth a look online!