Jarrod Fairclough – As we’ve reported previously, the cast of Sesame Street are heading on a 10 city nationwide tour around the United States for their 50th anniversary, and you’re all invited!

Just moments ago, Sesame Workshop published full details of the trip.  The stops listed are: 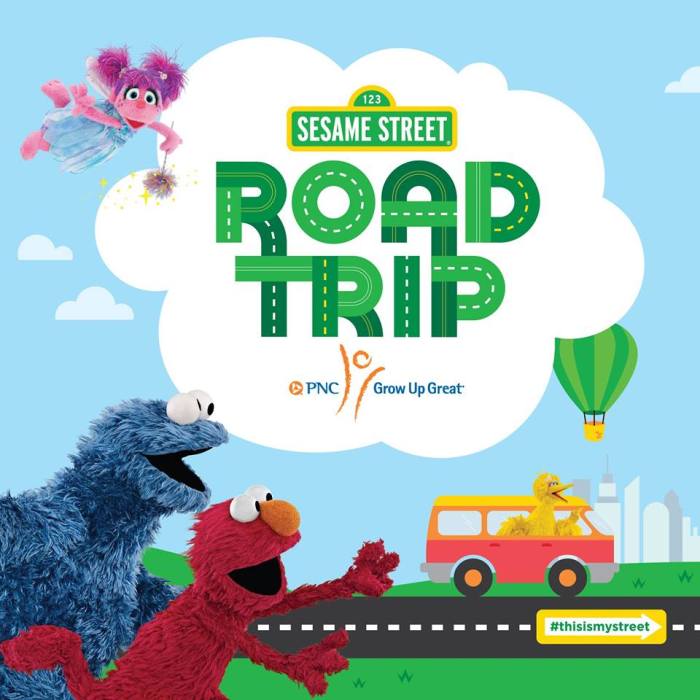 Big Bird and Elmo are confirmed to be attending the festivities, as well as ‘friends’, which could mean a rotating roster of Muppets and humans alike.  Celebrities will be out in full force to help celebrate the milestone.

The production crew will be filming in each city, highlighting what local children love about their community.

You can read excerpts of the press release below, and you can click here to read the full thing via Sesame Workshop’s website.

Sesame Workshop today announced that the Sesame Street Muppets will embark on a nationwide road trip to celebrate the iconic program’s 50th anniversary. The 10-city trip will bring together community partners, celebrities, elected officials, and families to highlight the many ways that Sesame Street—and the nonprofit organization behind it—helps kids everywhere grow smarter, stronger, and kinder.

Stops on the road trip will unfold over three days, culminating in free Sesame Street festivals where families in each city can enjoy live performances and kid-friendly activities.  Sesame Street’s production crew will also travel to each city, filming a new segment that will capture what local kids love about their communities. The segment will be part of Sesame Street’s 50th season, premiering in November on HBO. While in town, Big Bird, Elmo, and friends will visit local landmarks and community organizations.