Jarrod Fairclough – Happy Thanksgiving, Muppet fans!  Today is a day to spend time with your family and friends, and to take a moment to be thankful for what you have in your life.  Even though I’m Australian, I thought I’d take part as well, and look back on 2018 with a thankful heart, and tell you what I’m thankful for this year.

The Muppets
While it’s easy to say The Muppets had a quiet year, the few things they did in 2018 were absolutely wonderful.  The Muppets Take The O2 was just as good, if not better than last year’s The Muppets Take The Bowl, and it lead to a heap of hilarious appearances on UK television.  Aside from that, Kermit sang on American Idol, Miss Piggy stood up to cancer, and the whole gang helped Seth Rogen out on the Netflix special Hilarity for Charity, with a little help from Kumail Nanjiani and Chelsea Peretti.  Hopefully 2019 is a busier year (still hoping for that rumored Muppet series on Disney’s new streaming service), but at least we got a live show.

The Walt Disney Company
A lot of people like to dismiss The Walt Disney Company and their handling of The Muppets.  And while I agree that they haven’t always known what to do with the characters, I still firmly believe that they are where The Muppets need to be.  Let’s be honest here – if The Muppets had stayed with Henson, do you really think we’d be getting live shows or any real content?  The Muppets Studio is helmed by some great people, and with them finally allowing the performers to have more of a say in the direction the characters go, hopefully we’ll get some great new content soon.

Sesame Street
Sesame Street continues to go from strength to strength, with new life since it’s move to HBO a couple of years back.  The people making this show are so dedicated to maintaining the quality we’ve come to expect, and they had a great 2018.  The primetime special When You Wish Upon A Pickle had some hilarious moments (many courtesy of scene stealer Amanda Seyfried), Bert, Elmo and Cookie have all co-hosted the popular game show HQ Trivia, and Season 49 has already been getting rave reviews since it started earlier this week. 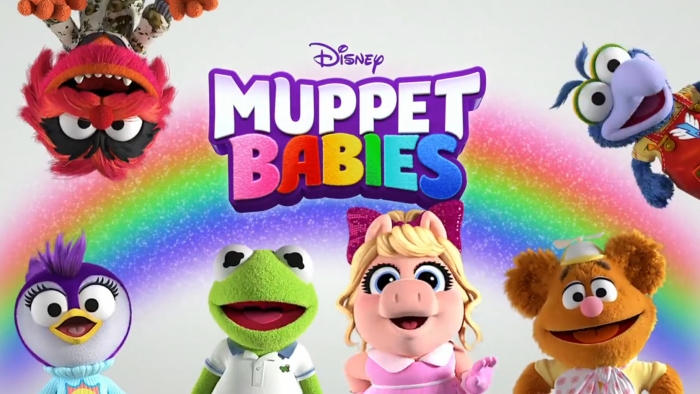 Muppet Babies
I’ve said this before, but Muppet Babies on Disney Junior is some of the freshest, funniest Muppet material we’ve seen in a long time.  Our pal Matt Danner and everyone over there, from the writers to the directors to the artists to the voice actors to the cleaning staff, are all doing an incredible job.  I highly recommend going to YouTube and checking some clips out.  We’ve had a little teaser as to what’s coming soon, and I think it’s going to make a lot of people very excited.

The People
This one is where I get a little personal and go through some of the people in the Muppet community who’ve meant a lot to me this year.  I won’t drag on, heaven knows people aren’t that interested, but it still warrants mentioning.

Ryan Dosier – This guy gave me a website that has lead to some of the best moments of my life, and I’ll forever be grateful that he trusted me with his baby.  Now, if I could get him to tell me Muppet news before it happens we’d be golden, the guy’s like a fortress.

Joe Hennes – That guy has given me more advice than anyone I’ve ever met, and his kindness to me is something that I won’t soon forget.  It’s a weight off my shoulders to talk to someone who knows the frustrations that can come with this job and then laugh about them.

Kieran Moore – Since my first week here, Kieran has made every Friday easy on me with quality material and a friendly email.  His new book is coming very soon, and I’ve been given just a little teaser, enough to know you’re in for a treat.  Especially the foreward*
*(Note: I am writing the foreward).

JD Hansel & Steve Swanson – I’m a regular on the Muppet Fans Talking Podcast, where I have a hell of a lot of fun with JD Hansel and Steve Swanson.  Both guys have been so sweet to include me in some of the weirdest comedy I’ve ever been a part of.

Michael Lanzer – Though his name might not be familiar to you, Michael has been a great source of encouragement this year behind the scenes.  He’s a fantastic puppet builder, too.  You should go buy some at The Puppet Creation Lab.

Matt Danner – The Muppet Babies director and star has been very kind to me this year, even writing his own biography for The Muppet Mindset, which we both later got a smack on the wrist for (whoops).

Peter Linz – Peter Linz might be the best person in the universe, and I’ll fight anyone who says otherwise.

Frank Oz – Frank was kind enough to give me 45 minutes of his life to chat about Muppet Guys Talking, the day he met Jim Henson, the non-educational aspects of Sesame Street, and the intricacies of Miss Piggy’s character.  If you haven’t yet read the 2 part interview, it’s well worth a read.

David Rudman – When I walked in to the room to interview Cookie Monster and Abby Cadabby back in June, David treated me like an old friend, and worked with me to make sure this interview was the best one yet.  His face when I told him he was free to derail the entire interview was worth it alone.  Then he spent 10 minutes thanking me for what I do, and chatting with me about the upcoming O2 shows.  It’s nice to have some validation sometimes that we’re not just doing this for nothing.

Leslie Carrara-Rudolph – When I was informed that I’d be interviewing both Cookie and Abby, I was worried that I wouldn’t know what to do with the fairy-in-training.  Luckily Leslie is so good at what she does, that the interview wouldn’t have worked without her.  That platypus I gave Abby ended up going around the country with her, and Leslie was so excited that I’d taken the time out to find one.  Plus, I got a fairy hug, and that’s the best kind of hug.

All Of You – I get to do a lot of weird, silly, fun things because you guys respond so well to them.  Thank you for interacting, for commenting, for sharing and for writing.  You’re the best.