Jarrod Fairclough – Fun fact: Did you know the word ‘Grim’ and The Brothers Grimm have absolutely nothing to do with each other, even though the Grimm’s were messed up individuals who told horrifyingly grim stories about mutilation and death?  The more you know, right?  Well, when I think mortality and deception, I think The Muppets, and author Erik Forrest Jackson is back with another entry of The Muppets Meet The Classics, this time smashing together your favorite felt characters with some of your favorite fairy tales.  And the results are at times hilarious, odd, and downright bizarre.

When Jackson released The Muppets Meet The Classics: The Phantom of the Opera last year, reactions were mixed.  Some thought the concept was a little drawn out, while some praised the way he modernized a classic tale while still keeping it true to itself.  And while I have no concrete evidence that this book was a result of those reviews, it seems that Jackson has taken it on board, and instead of just telling one single tale, the premise is spread out between 18 short stories, to mixed results. 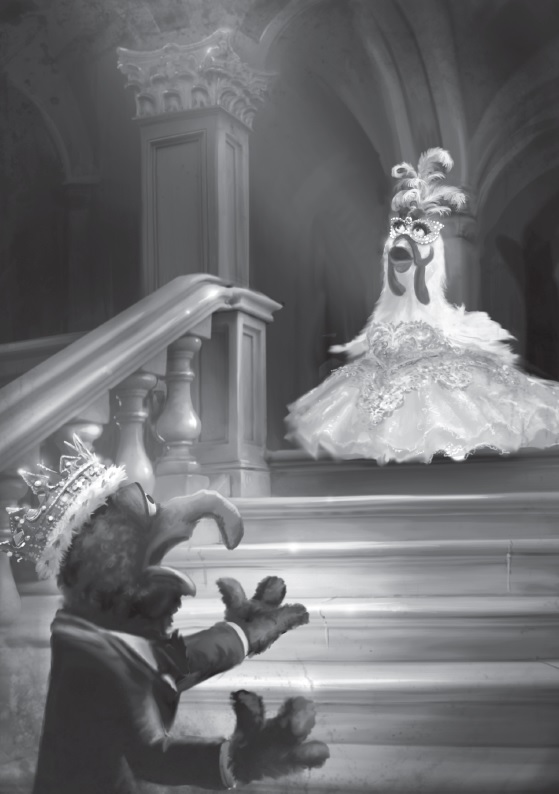 What worked in this book was Jackson’s writing style, because it truly felt like a Muppet product, and not weird fan fiction.  Jackson has real believability in his writing, and seems to understand the voice of each of these characters.  He’s also done an impeccible job of blending the old timey jargan of The Brothers Grimm in with the zaniness of The Muppets in a way that it’s not confusing to read, making it ideal for not only us adults, but for young teenagers as well.

Off-putting at first was some of the descriptions of the actions Muppets would do, often times being things the actual Muppets themselves cannot do, you know, because they’re not real.  There’s references to Miss Piggy blinking, Gonzo blushing, those sorts of things.  But within just a few pages this becomes the norm, and it tends to help the story telling in ways that perhaps wouldn’t be possible to come across if this was actually filmed.

The stories themselves are interesting.  Some work fantastically, Camillarella (Cinderella) being the first cab off the rank, and possibly one of the best.  Having the well trod tale of Cinderella retold with a chicken, a few pigs, a prawn and a gargling gargoyle (more on that later) sounds like it shouldn’t work, but there were more than a few times in those 20 pages that I actually laughed out loud, a rare occurance for me when reading.  Rapunzel, starring Janice and Link Hogthrob, is another funny little tale, as is Red Riding Hood, featuring Fozzie and Bobo and another pig we’ll get to.  The issue is that some of these tales are fairly obscure, unless you’re a literary genius or a big Brothers Grimm fan.  I’d not heard of Simeli Mountain, nor had I heard of The Giant With The Three Golden Hairs.  Which means that instead of being able to see my favorite characters put in to stories from my childhood, I’m left confused and wondering what the heck I just read, especially considering that Erik Forrest Jackson doesn’t pull any punches when it comes to the grim endings of some of these stories.

That in itself oddly works, too.  Whether it’s Andy and Randy pig mutilating their feet, or Pepe being eaten alive by Miss Piggy, the violence is endearing and kinda funny.  It’s surprising that Disney would allow it’s characters to suffer these fates, but it’s also a testiment to them that they trust Jackson to make it funny instead of frightening, which in the wrong hands it could be.

There’s also a tonne of characters in this thing.  I mentioned before that a certain gargling gargoyle appeared in Camillarella – yes, The Muppet Mindset’s favorite obscure character Angus McGonagle plays her father, and is hilarious doing it.  But even he might not be the most obscure character in this thing.  Chopped Liver appears, a character so random I actually had to look him up because I had no idea who he was (I had him confused with Chicken Liver from Sam and Friends).  Composta Heap, who appeared in only one sketch in Muppets Tonight has a major role in one tale.  Then there’s characters who might not be as obscure, but I was still surprised to see.  Andy and Randy Pig, Gorgon Heap, Bobby Benson, Wayne and Wanda, Spa’am from Muppet Treasure Island, Howard Tubman, Fleet Scribbler, Timmy Monster, Mildred Huxtetter, Seymour the Elephant, the Frackles, Paul Revere.  You name it, there’s a good chance they’re in here!  Jackson must be a dedicated fan if he’s able to call on each of these characters, and actually use them in the context we know them, not as just throwaway characters.

The book also has a bunch of wonderful illustrations by Owen Richardson, some of which you’ve seen through this review.  Props to Owen for actually giving these characters some depth and warmth, and not just copying some stock images and putting an old timey hat on them or something.

Look, if you love The Muppets, you’re definitely going to enjoy this book.  There’s plenty of laughs to be had, and some great writing to witness.  But unless you know all the stories parodied here, or unless you’re willing to go and familiarize yourself with them all first, there might be some confusion and maybe or or two moments that feel a little lackluster.  That’s certainly not the fault of Erik Forrest Jackson, that’s the fault of me for not being more up to date with my fairy tales.  But even if you don’t know the tale, you’ll still get a kick out of seeing your favorite characters, even some you might have forgotten, recounting some messed up stories. 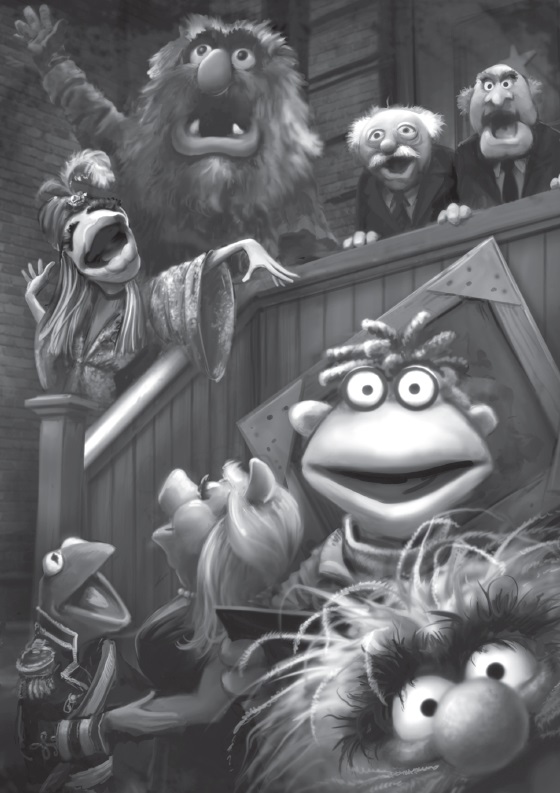