Jarrod Fairclough – Welcome to our second Muppet Babies Roll Call!  Considering six very talented voice actors are currently portraying our favorite characters on the new Muppet Babies, we thought it was only right that we get to know them.  Today, we’ll be focusing on the career of voice actor, director and animator Matt Danner, who is the other Matt currently voicing Kermit the Frog! 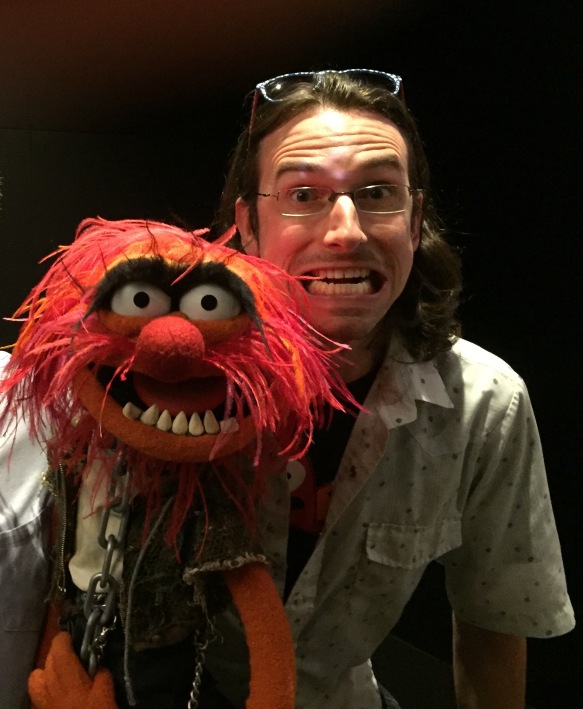 Matt was born in Los Angeles in 1981 and was always a drawer, performer, and puppeteer. Animation and puppets were an early focus of his, making his current job the perfect blend.

During the Summer of his 11th Grade Year, Matt applied for a job at Spumco and was granted an internship (where he became friends with Eric Bauza.) I was 16 going on 17 at the time. During my senior year, I worked part-time after school and after graduating, I got a promotion and full-time employment.  He moved up the ladder fairly normally,  starting off as an intern (like Bauza) mostly doing office stuff. He quickly moved into shooting footage, pencil tests, and x-sheets. Then he got into inking/clean up, then assistant animation, Animation, Layout, then Storyboards.

He also animated on the Adult Swim “Yogi Bear Cartoons”, with his first StoryBoard job on “The Ripping Friends.”

While at WB, Matt also got into voice acting and was the (uncredited) Understudy for Casey Kasem’s Shaggy from “Scooby Doo.” Casey was at a point in his life where he wasn’t able to do as much voice acting so Matt would fill in for TV, DVDs, Commercials, and Toys.

He bounced around a bit after that, helping start off then fledgling studio Six Point Harness and eventually ended up at Cartoon Network doing some animation on “Foster’s Home for Imaginary Friends”. From there he moved onto to Tony Millionaire’s “Drinky Crow Show” on Adult Swim and later Co-Authored a Sockmonkey Children’s Novel with him. He also Produced a test for a Sock Monkey puppet film using a puppet/CG hybrid technique called “Digi-nette Puppetry”.

Bouncing around a bit more, Matt Developed, Produced and Directed “Looney Tunes Show” and “Dan Vs.” eventually landing at Disney TVA where he developed many shows and worked on series like “Gravity Falls” and “Wander Over Yonder.”
While working for Warner Brothers, Matt initially developed a show very similar to “Wabbit” called “Looney Tunes Laff Riot” but the show eventually morphed into the more sitcom format. That wasn’t really his style, so he focused on directing and producing the 3D “Wile E. Coyote and Road Runner” shorts and the “Merry Melodies” music videos.

Matt eventually went back to Disney, where he worked with Muppet Studio to develop “MUPPET BABIES” where he now Writes, Produces, Directs, and voices Kermit the Frog!

A big thank you to Matt Danner for essentially writing this entire thing for me and providing the photos!  I’m so glad these characters are in his hands.