Jarrod Fairclough – Start the music, light the lights, and get things started, ladies and gentlemen, because today is the unofficial day of pork – Miss Piggy Day!

Yes, we here at The Muppet Mindset have teamed up with our good pals at ToughPigs to bring you a brand spanking new holiday, dedicated to our favorite porcine princess, that delicious diva, that bovine beauty, Miss Piggy Lee, who, according to Miss Piggy’s Guide to Life, is celebrating her birthday today, June 14th!  It was all inspired by this tweet by Kermit on May 9th…

Apparently today is #NoSocksDay. Maybe these random holidays are getting out of hand, but at least we don't have #MissPiggyDay yet.

So, we thought that if she has her own fragrance, we’d might as well give her her own day!

Originally appearing in 1976 (with her roots earlier in that decade), Miss Piggy has become arguably the biggest star of the Muppets franchise, potentially more important to the cast of characters than even her one true love, Kermit.  She has played an integral part in (almost) every Muppet film to date, and while her role in Muppet Christmas Carol was small, it can be argued (by her, usually) that she completely stole the show from Michael Caine (which he still hasn’t forgiven her for).

It has been said over the years that as the break out star, Miss Piggy was the reason for The Muppet Show‘s success, and in turn, the franchise’s.  For over 40 years, we’ve been laughing at the antics of Gonzo, Beaker, Animal and Bill the Bubble Guy, all because of one diva pig.  Could The Muppets have survived if it was Miss Mousey?  Possibly.  Could The Muppets have survived if it was Hilda?  Perhaps.  But with Miss Piggy, these characters were catapulted in to stardom, and continue to have the world in their foam hands today.

Piggy is undoubtably the shows biggest star, and over the years she’s written 5 books, made her own perfume, hosted a late night talk show, hosted her own Fantastic special, and has made well over 200 guest appearances on other shows, specials and award ceremonies. 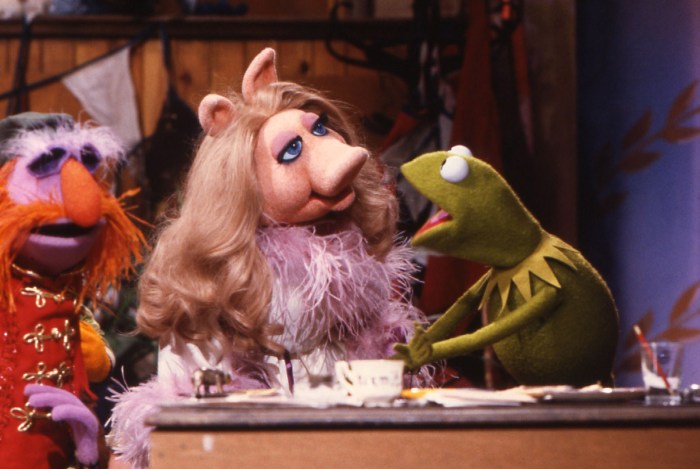 So, as we celebrate Miss Piggy Day (#MissPiggyDay for those of you on social media!) take a moment to reflect on not only what Miss Piggy has done over the years, but on what she has allowed the other Muppets to do.  Though she tends to hog the spotlight (wocka wocka), her being front and centre is exactly what The Muppets need to do their thing.

Maybe if Mr Poodlepants makes 200 guest appearances, we’ll celebrate him, but for now take a look below at some of our favorite Miss Piggy moments, and be sure to let us know on social media how you’re celebrating #MissPiggyDay!

One thought on “Miss Piggy Day!”