JD Hansel – Ever since the 2011 Muppet movie, I’ve taken it for granted that “we are living in a Muppet renaissance.”  I obviously would like to believe that this is true, and it certainly feels like the Muppets are doing more now than they did back in 2008, but I’ve had my doubts.  More doubtful than I is my friend Steve Swanson of The MuppetCast, who argues that we aren’t living in a Muppet renaissance at all.  Steve has noted that, during the Disney renaissance, there was a steady stream of new, original, successful productions that had status in the culture.  With the Muppets, on the other hand, we’ve received an inconsistent series of seemingly unrelated productions that totally vary in success, acclaim, and popularity.  Steve also has concerns that the Muppets are now a “nostalgia property,” meaning the culture assumes that the glory of the Muppets is in its past, and their place is seen as reminding us of their glory days rather than creating an entirely new golden era for themselves.  I would now like to argue that The Muppet Renaissance is still going on today, and the evidence for this is the Internet.

Three important premises must be accepted in order for this argument to make sense.  The first is that the Muppets have always been, in one way or another, a “nostalgia property,” so seeing them as such doesn’t diminish their cultural value or significance.  Remember, The Muppet Show was not only a throwback to the variety shows Jim Henson would have seen in the 1950s, but a show about a show from the 1920s that is somehow temporally displaced – there’s a daredevil doing dangerous tricks and an old-timey vaudevillian stuntman who seem entirely oblivious to the fact that they are living in the 1970s for most of the show.  It is this clash between the old-fashioned and outdated nature of the Muppets and the very modern people, music, themes, and media with which they work that creates most of their comedy, so if the Muppets feel like a nostalgic franchise that belongs to the ‘70s, that’s okay.  The second premise is that there is a distinction between The Muppet Renaissance (the time when the 2011 Muppet movie took the world by storm) and the Golden Age of Muppet Fandom, the latter of which happened during the later years of the Dark Ages as The MuppetCast was in its prime and the Muppet Mindset was rising to prominence.  My third premise, and this one is perhaps the most important, is my claim that the Muppet Renaissance starts not with the 2011 film exactly, but with their “Bohemian Rhapsody” video from 2010.

I think it’s fairly obvious that the Mup-Ren didn’t start the day that The Muppets premiered.  The sense of revival was found in the hype for the movie just as much as the movie itself, so the question is how many months before the release of the movie do we want to draw the line.  I go as far back as the “Bohemian Rhapsody” video because I see it as a cultural event that prepared audiences to expect more great Muppet content to come in the near future.  The movie was so successful because, among other things, it came at a time when our culture had just been primed to see the Muppets as an ongoing franchise that was becoming relevant again.  More importantly, however, this video found the right place for the Muppets – it showed that they could take a distinctly modern platform and make it their own, without losing themselves or detracting from that platform’s power.  The Virmup series took a form that was similar to Sam & Friends and married it with online video, which not only revealed previously unnoticed similarities between the two forms of entertainment, but also used what little clash there was between old-fashioned comedy and modernity to create the same kind of comedic power that The Muppet Show had in the 1970s.  This, in turn, established that the Muppets belonged on the Internet, and it is this fundamental change in the Muppets’ cultural and societal placement that both started the Mup-Ren and continues it.

Remember, before Disney’s website for the Muppets was gutted and rebuilt for the 2011 film, it was far from excellent, and it felt forced.  It felt like Disney was trying too hard to make a space for the Muppets on the Internet, and they just didn’t fit in, so the Muppet fan community supplied most of the online Muppet content of quality.  Once the 2011 movie was on the rise, articles and videos about the Muppets came from all different sources all over the Internet, and the Muppet fansites that had been so important to the fandom during the Dark Ages were now only voices in a crowd.  Even after the news from that film died down, the place for the fansites was still very different because, in the post-2011 Muppet fan world, the fansites are updated directly by the companies that produce Muppet content, so we have to get along with them.  This means being more nice so we get to do interviews with the Henson Company and being less critical so none of us get excommunicated.  That being said, all of this is still a fairly positive thing, and we still have new Muppet content that comes from all corners of the Internet that the Muppet fansites don’t even have to create themselves.  I am, of course, talking about the memes.

I remember being pleasantly surprised the other day when a Facebook group I’m a part of for a club on my college campus shared a deliberately improper variation on the “Evil Kermit” meme, and then I wondered why I had been surprised at all.  It’s true that the person who created the post probably had no idea that I was a fan of the Muppets, and the use of this particular meme seemed rather random and even arbitrary, but it still made sense for the meme to be there – Kermit memes just belong on Facebook now.  They have a home there.  Better yet, the “Evil Kermit” meme is actually part of a collection of Kermit memes, as documented by KnowYourMeme, which many of us have seen.  Both #ButThatsNoneOfMyBusiness and its predecessor are very familiar to us now, prompting Kermit to become a semi-political symbol in response to the Alt-Right’s claim to the symbol of Pepe the Frog.  For the Muppets, this is an entirely new kind of significance.

Now, it may seem to some readers as though I’m over-emphasizing the significance of this, but please do hear me out.  This doesn’t just mean that the Muppets are currently a part of some little fad that will blow away tomorrow; it means they are part of the language that our culture is currently using to communicate.  It is this form of Muppety communication that has prompted other kinds of communication about the Muppets that had been previously unseen.  Case in point: while the ABC Muppet show may not have been a big success in the ratings, I recall screenshots that spread around Facebook (and perhaps other social media platforms) showing popular conversations/arguments on Tumblr about Kermit and Miss Piggy’s relationship, suggesting that the non-Mindset-ToughPigs-MuppetCast side of the internet is taking interest in the same kinds of discussions we uber-fans have.  One might think that this will all die down as the memes pass away, but it is worth noting that, just as the #ButThatsNoneOfMyBusiness trend died down, Evil Kermit, arose to take its place.  This means that the Muppet memes have the potential to keep Muppet content coming even when both the official Muppet companies and the unofficial Muppet fansites are experiencing a drought, and, in doing so, continue the Muppet Renaissance.

This means the Muppets are going to be okay.

We’re going to be okay.

And now, a few contributions to Muppet dialogue from around the web: 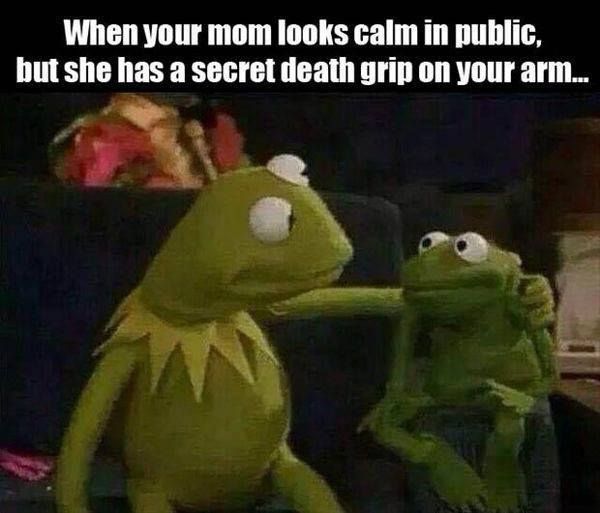