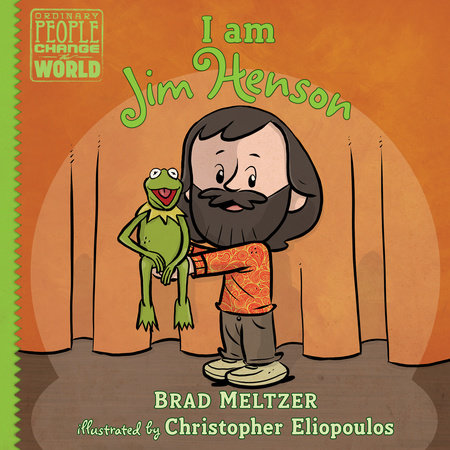 Jarrod Fairclough – When I heard that there was a new children’s book describing Jim Henson’s life, I was skeptical.  I expected stock photos, comic sans, and very basic information on his life.  So you can imagine my surprise when I opened Brad Meltzer’s ‘I Am Jim Henson’ only to find that it was thorough, entertaining, and absolutely gorgeous to look at.

Ordinary People Change the World.  Take a moment to reflect on that sentence.  Really allow it to sink in.  It may just be a logo on the front of the book, but as I continued to read Meltzer’s work, the more it sunk in – Jim Henson was just an ordinary person, who went ahead and changed the world.  Brian Jay Jones’ incredible biography on Jim painted him as who he was – a flawed genius who felt like he had too much to do, and too little time to do it.  Meltzer somehow condenses that all down to just a few pages and waters it down just enough so that children (and adults) can get a feel for exactly how Jim operated without compromising his life and work. By showing Jim as this ordinary kid who grew up to do amazing things, they show the kids reading that it’s entirely possible for them to do the same. 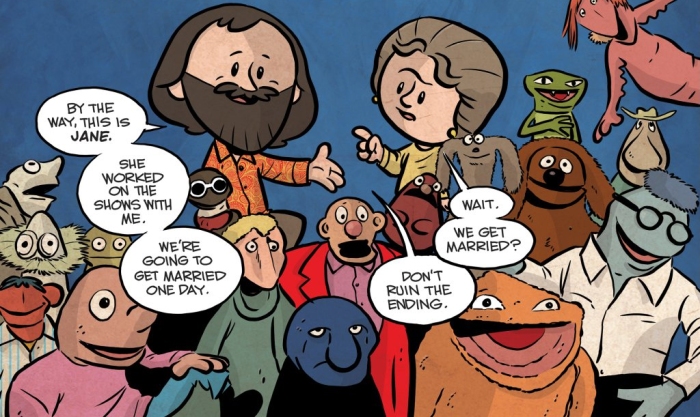 A nice touch is that the book spends a lot of time recounting Jim’s childhood in Mississippi.  Meltzer is able to relay moments Jim had which may fall in line with many readers own, allowing children to connect with him through shared experience.  In explaining Jim’s childhood at the movies and his love for TV, children are able to see themselves in him.  By relating ordinary events that lead to an extraordinary future, even I, as a 27 year old man, began to feel myself becoming inspired. 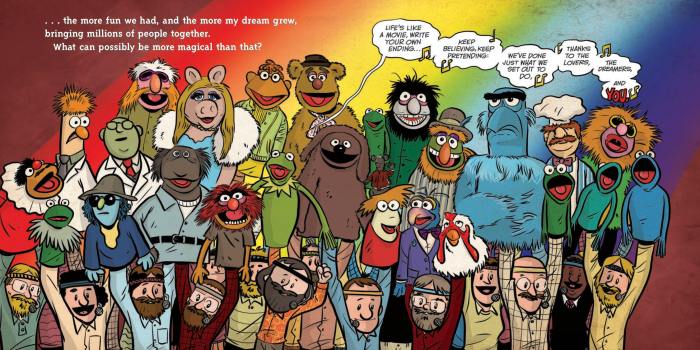 Obviously the book skips over some of the later milestones, with projects like Fraggle Rock, Dark Crystal and Labyrinth relegated to Easter Eggs in a later double page spread.  But all your favorite Muppets (and Muppet performers) are there!  With beautiful illustrations by Christopher Eliopoulos, not only do characters that Jim performed, like Kermit, Ernie and Rowlf, get a mention, but we also get to see old favorites like Sam the Robot, Quongo the Gorilla, and Chopped Liver from Sam and Friends.  Not only is the book entertaining and informative, but it’s elevated by the incredible work that Eliopoulos has put in.  It’s easy to identify key players, such as Jane Henson, Frank Oz, Dave Goelz and Jerry Nelson, even in Eliopoulos’ appealing ‘Calvin & Hobbes meets Peanuts’ style.  That said, it’s a little jarring to see a young bearded Jim Henson as a child throughout the whole book (even in to his adulthood) but the styling makes it work.  It’s clear that Eliopoulos looked at a lot of the stock images of the characters for inspiration – I was able to tell almost exactly what photo he had used to draw each picture – but I’m around these pictures a lot on this site, so I wonder if that’s just my cross to bare… 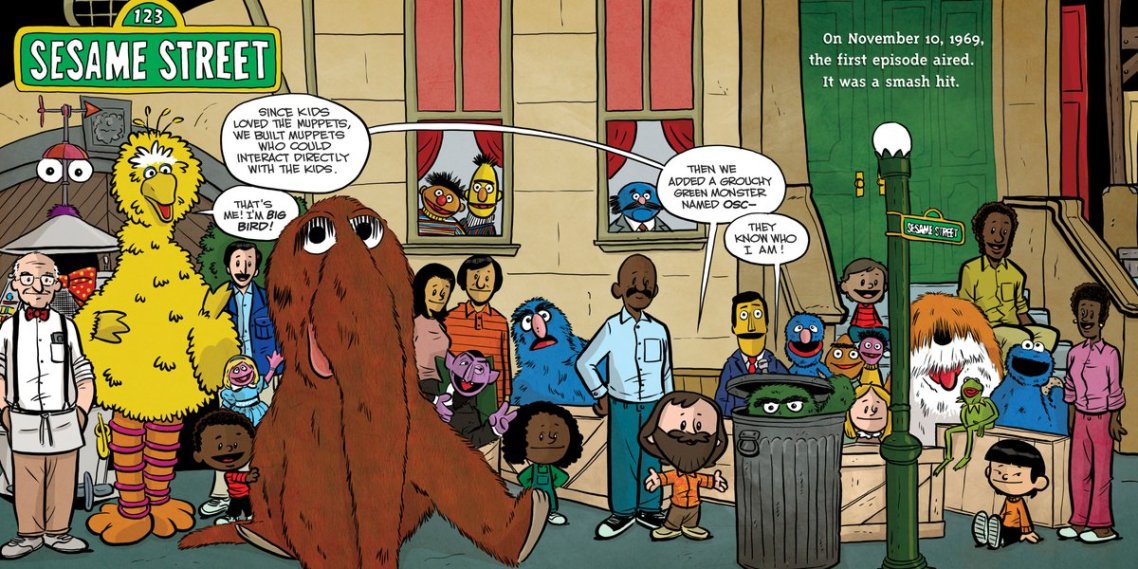 Even if you don’t have children in your life, this book is a no-brainer.  Anything designed to commemorate Jim’s life and work is worth a purchase, and Meltzer has done a great job. I can only hope some small ordinary child finds ‘I Am Jim Henson’ and feels inspired to change the world.

One thought on “Review: I Am Jim Henson”