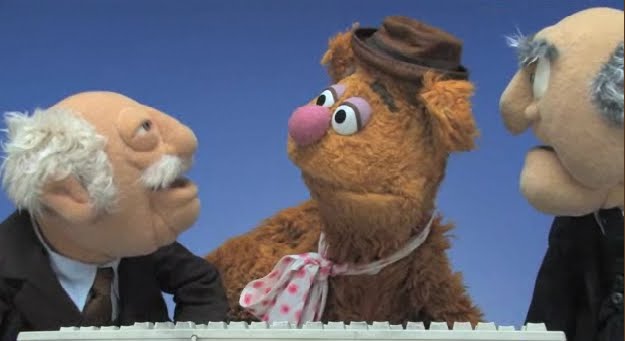 This post originally appeared on Marni’s blog Just For The Halibut.

Marni Hill – You’re on YouTube, watching a clip of one of your most favourite Muppet moments. For example, let’s say that you’re once again enjoying Alice Cooper and his Muppet monster band rocking to ‘Welcome to My Nightmare’ on The Muppet Show. The clip ends, you’re smiling away and just for kicks, you decide to cruise through the comment section.  But then you see them.  The ever-present banes of every Muppet Fan’s online experience.
‘Best Seseme Street episode EVER!!!’
‘What’s next? Marilyn manson with the telletubies?’
‘Are you kiddind me? This is way to horrible 4 kidds!!! Wheres Emo and big bard?’

(Okay, I’ll admit I made that last one up. But come on, you know you’ve seen comments exactly like that!)

I’ll also admit that the annoyance many of us feel is rather silly and irrational. Despite what we’d love to believe, not everyone has a Muppet encyclopedia installed in their brains. It really shouldn’t be that surprising, but we are still taken aback that some people haven’t even the slightest bit of knowledge. We’ve seen it with the whole Cookie Monster/Veggie Monster debacle, Kermit and Piggy’s relationship and Bert and Ernie’s friendship. As irrational as it may be, the Muppet Fandom still has to contend with people who can’t even bother to spend 10 seconds on Google to debunk their grievances.

So what exactly should we tell -if we can be bothered-people who get angered by the slightest bit of adult humour in Muppet productions if they don’t even know the necessary differences? For this conversation, I’m keeping it to the characters owned by The Muppets Studio.

Although they were an extreme case, One Million Moms were not the only ones disappointed and annoyed by the mature themes explored in The Muppets (2015) TV show. Personally, I loved that aspect of the show, considering it was done rather tastefully in my opinion, but many other viewers are still hung up on the nostalgia factor. They didn’t want to hear Kermit talk about ‘cross-promoting’ or watch Gonzo catfish a women while online dating. They just wanted the happy-go-lucky, crazy singing and dancing Muppets they remember from The Muppet Show.

Is it just me or are they forgetting that The Muppet Show wasn’t always that innocent either?

The Muppets are Not Sesame Street.

The Muppets and the Sesame Street ‘Muppet’ cast are not one and the same. They are not exchangeable and they follow two very separate agendas geared towards different demographics. I know this has been previously covered on ToughPigs.com but it’s an important enough factor to be explained again here.

There are two common causes for this particular misconception. The first being a certain green, 11 point-collared frog who has even wandered into Fraggle Rock. Kermit the Frog was among the original cast of Muppets in the very first season of Sesame Street. The kids of the 70’s would be lectured on the alphabet by Kermit in the morning, then watched on as he tried to keep the Muppet Theatre in one piece on The Muppet Show at night. Many of these kids have grown up to be those same adults who complain about new Muppet projects being ‘too adult’. Their memories of Kermit have faded, then blended together in a Sesame/Muppet Show haze. Suddenly, they believe they remember Miss Piggy teaching Big Bird his ABC’s, when really, she was trying to karate chop him because he unwittingly insulted her. Miss Piggy, just like all of the other Muppets, has never officially been on the Street. Kermit is the only exception (well, him and Beautiful Day Monster).

The second cause for confusion with casual fans would be the fact that the Sesame and Muppet Show Muppets have teamed up on multiple productions in the past. During the Jim Henson era, his company owned the characters of both of these productions. This lead to multiple cross-overs, including Sesame characters guest-starring on The Muppet Show, making cameo in the Muppet films and a few projects such as The Muppets: A Celebration of 30 Years where just about every character came together at once. That can’t happen these days. Not without careful planning anyway. The Jim Henson Company sold the Sesame cast to Sesame Workshop in 2001 and then The Muppets to The Walt Disney Company in 2004. Kermit can no longer appear on the Street, although Sesame does have permission to use the Kermit-clips produced before 2004.

The characters of Sesame Street aim to educate children in an entertaining fashion. The Muppets are an entertainment troupe who work together to make people of all ages laugh without offending anyone. They have absolutely no obligations towards their former cousins to behave just as innocently. There’s no age-restriction blocking the Muppets’ material, so they can be as clean or as raunchy as they want. The reason why they haven’t gone too far is because the current Muppet Performers, writers and producers want to continue Jim’s method of accommodating for everyone.

Which brings me to my next point… 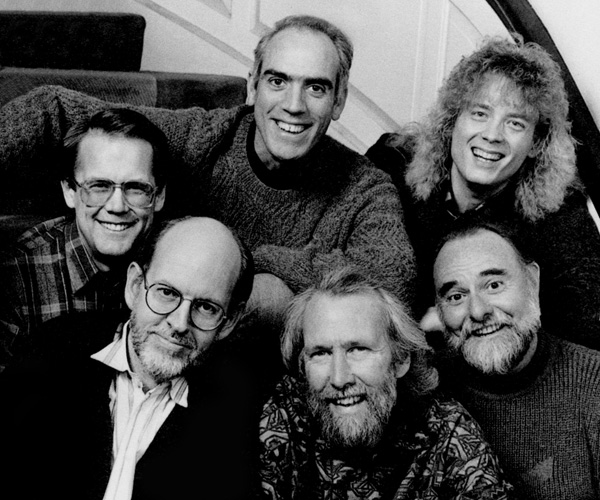 Nobody Should Expect the Muppet Performers to Act like Saints

Recently, long-time performer Dave Goelz during the 2015 D23 expo’s Magic of the Muppets panel, remarked on how a lot of what they do is to keep themselves entertained during the extremely draining production period, which can easily be up to 16 hours per day.  You can listen to Dave at the D23 Expo on episode #259 ofThe MuppetCast at MuppetCast.com

In between takes, it’s not unusual for the performers to begin goofing-off and have a play around with the characters. The Muppets may say and do things that the producers wouldn’t dare to release to the public during these breaks, which recently sparked the idea for the hilariously crude Puppet Up improv shows that the Jim Henson Company have been running. This practice helps to keep the overall performance and energy fresh.

In fact, there have been many times where this playful improvisation has caused the performer to discover something new about the character. Miss Piggy wouldn’t be the feminist powerhouse she is today if Frank Oz hadn’t been messing around with her just before a take, karate-chopping Kermit instead of punching him as the script directed. Frank ended up using the idea in the actual take and poof, a star was born!  Her complicated personality was ignited from that one single moment in time. Sometimes, it’s extremely important to allow The Muppets to be ‘adult’ because it can spark something entirely new.

Things really aren’t that much different on Sesame Street. For those of my readers who aren’t familiar with all of the behind-the-scenes shenanigans, the performers who work there function very much the same way. Code words such as ‘blue-sky’ are called out when there are children present, simply to keep the performers in check with thier language. They are adults. They are not going to censor themselves the entire time they are on set and nobody should expect them to. Considering that more than half of the primary performers on Sesame also work freelance with The Muppets Studio, I’m really not surprised they don’t change their work-ethic despite the change in age demographic.

No matter what the casual Muppet fans may complain about, the Muppet Performers certainly do care about the presentation of their characters, but they also need that space to just be adults. They’re just having fun with it and have no intentions of hurting anyone’s feelings in the process. Yes, sometimes things can slip through the cracks that end up on the TV screen, but is that really such a bad thing? Let the Performers mess around. Their job is painful enough without constantly having to censor themselves. 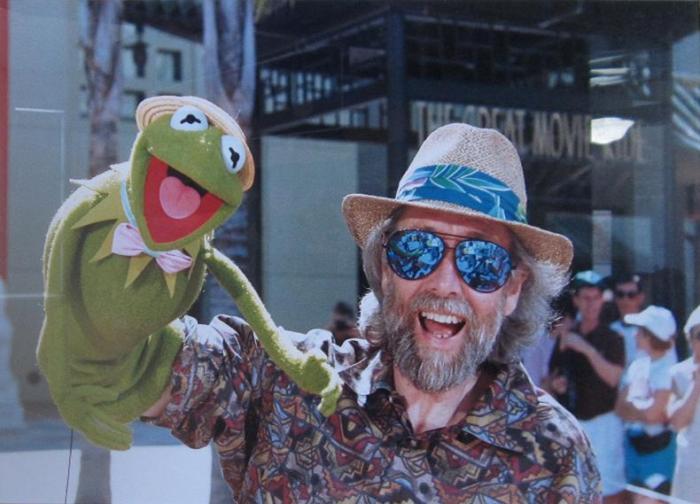 Jim Henson Would Not Be ‘Rolling in His Grave’

Okay, first of all, Jim was cremated after his death, so that is completely invalid. How many times have I come across that one ‘fact’ in a Facebook comment section?

From 1955 to 1961, the late-night, 5-minute time-slots Jim had been provided with every night for Sam and Friends on WRC-TV in Washington, had been filled with skits and sketches that emulated Jim’s very clever and mature sense of humour. This was something he had wanted to build upon as his projects slowly grew bigger in ambition. However, despite his success with Sam and the obscure cast of Muppets who accompanied him, there was a certain question that began to linger in the back of his mind.

Was Jim wasting his time playing around with puppets? 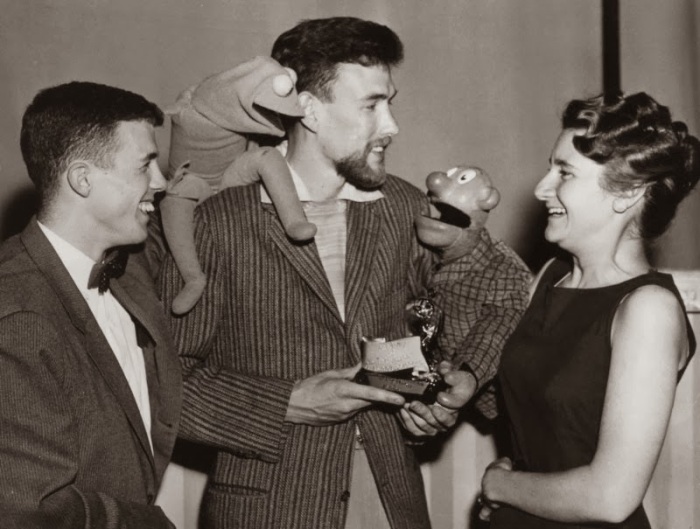 He had known since he was a kid that he was destined for television, and the Muppets had been his key to breaking into the business, but was it really what he wanted to do in the long run? The answer came from a life-altering trip around Europe, as Jim came to discover how seriously puppetry was taken as an art-form in that area of the world. The maturity and sensibility of the performances he had witnessed in Europe was something Jim wanted to emulate in his own work to a certain degree. He wasn’t wasting his time with The Muppets, Jim was just looking at it from the wrong perspective.

When Sesame Street rolled around in 1969, Jim biggest fear was that he would become trapped under the label of ‘children’s entertainer’ as the show became more and more of a smash hit. While he would always be proud of his contribution to the show, it had curbed that very adult sense of humour Jim was so fond of  wielding. Jim needed to go bigger. He needed a project which would be in his full control where he was far less encumbered by an age demographic.

Which is where The Muppet Show came in. Unsurprisingly, the big US networks didn’t find the thought of giving 30 minutes of prime-time to the man behind the cutesy kiddie-show puppets very appealing. Jim was going to have to play hard-ball with this one. The first attempt, The Muppets Valentine Show pilot (1975) didn’t exactly bring the offers rolling in, but the second attempt, which Jim subtly entitled The Muppet Show: Sex and Violence, seemed to get the point across. Although not to the US Networks, but to Lord Lew Grade over in England, who eventually snapped Jim up and offered him the chance of a lifetime. It’s just as well- Jim and his colleagues were one more sketch away from being thrown off Saturday Night Live anyway! 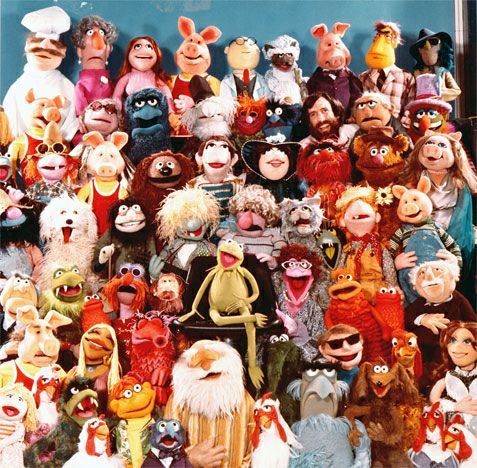 For the sake of not turning this article into a thesis -long event, I won’t make up a list of ‘adult’ Muppet moments (that’s for another article I’m going to have a heap of fun researching for). The brief history lesson I just gave should be enough to convince people how Jim actually fought tooth-and-nail for any opportunity to provide the type of entertainment he excelled in. The Muppets have always been and will always be for people of all ages. They can relate to everyone from the newest born baby, all the way up to the oldest person in the world. They aren’t children’s characters that can appeal to adults, they are adult characters that are child-friendly.

So there you are! I’m sure the vast majority of Muppet Fans would love it if we didn’t have to put up with people who don’t understand these three very simple concepts. I’m sure I’m not the only one who has put her fingers to work, responding to these types of silly comments in the hopes that we might just leave someone who little bit more educated about the topic they tried to critique. But let’s face it, who really has the time and the patience to do that every single time?

Certainly not me. That’s for sure. 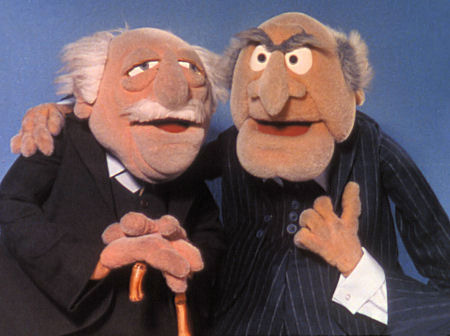 One thought on “Dirty, Rotten Muppets: Lessons for the Muppet Critics of the Comment Sections”