This is truly an interesting time to be a Muppet fan. After last week’s announcement of a brand-new Muppet themed restaurant coming to Disney’s Hollywood Studios this November, Disney has also confirmed rumors of a brand new Muppet attraction coming to the Magic Kingdom this October. Way back in April, we shared a rumor that claimed that The Muppets will be gaining their own show in the Liberty Square section of the Magic Kingdom, and according to the announcement from Disney Parks Blog, the show, titled “The Muppets Present…Great Moments in American History” will make its debut this October. 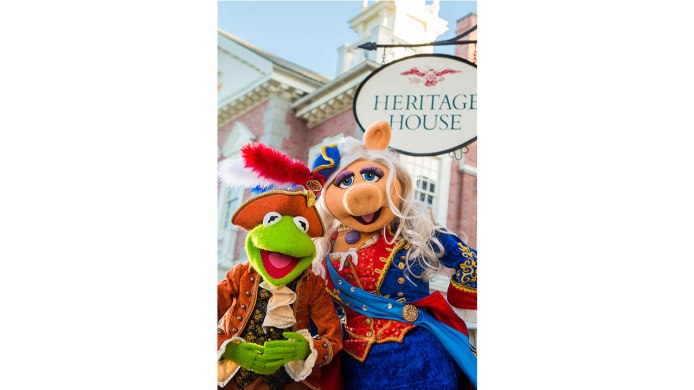 From the announcement on the Disney Parks Blog:

Sam Eagle, the fiercely patriotic American eagle who is forever trying to set a high moral standard for the Muppets, will join Kermit the Frog, Miss Piggy, Fozzie Bear, The Great Gonzo and James Jefferson, town crier of Liberty Square, as they gather outside The Hall of Presidents to present historical tales in hysterical fashion as only they can. From the midnight ride of Paul Revere to the signing of the Declaration of Independence, the Muppets appear throughout the day to share with Guests, their own unique take on the founding fathers and the birth of the United States of America.

We’re incredibly excited for The Muppets to have yet another lasting impression at the Walt Disney World resort, this being the second major Muppet attraction announcement in just under a week. We can’t wait to get a look at the amazing attraction and everything it will bring to Liberty Square. The Muppets Present..Great Moments in American History will make its debut this October at the Magic Kingdom.