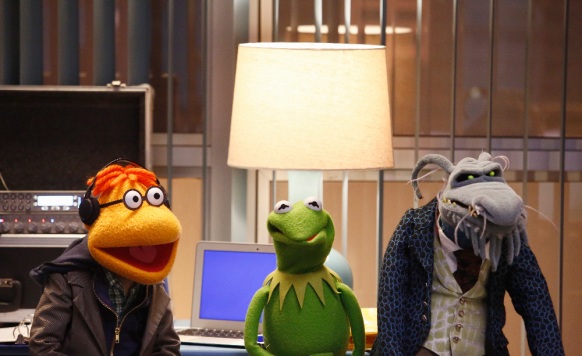 Jarrod Fairclough – Yesterday our fears were realized, as ABC announced that they had cancelled The Muppets after one season.  Obviously the entire Muppet fan community is saddened and disappointed at the lack of faith that ABC showed in the series, which, while not necessarily perfect in it’s original incantation, had improved significantly in its second half.

The response online has been somewhat polarizing.  A lot of people were disappointed, some angry, and some appreciative that we still got 16 episodes of Muppet content.  Then, on the other side of the coin, some were naive, rude or downright ignorant.  Some criticized the show, revealing that they’d tuned out of Episode 1 after 5 minutes.  Others stated that the show should have just stayed the same as its 1976 counterpart, The Muppet Show. 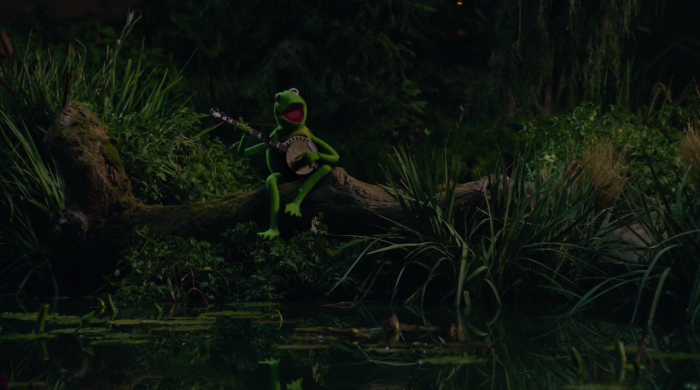 Allow me to address those people first.  We all love The Muppet Show, and we look back fondly on the songs and sketches this show produced.  The show was a spin on the variety shows of the time, shows like Donny & Marie and Sonny & Cher, and it was purely chance that it became the most iconic variety series of them all.  However it’s because of these other shows that The Muppet Show worked, because it was fresh and new to see that format sent up in any way, especially by some puppets.  But in the years since the series ended, variety shows have become a thing of the past, with attempts like Neil Patrick Harris’ Best Time Ever ending after just 8 episodes before cancellation.
Since the show ended however, these characters have established themselves outside of this format, with a bunch of films and specials.  They updated that format to limited success with Muppets Tonight, although its entirely possible that show failed because of its reliance on new characters (RIP Mr Poodlepants).  But with variety shows fading from existence and memory at a rapid pace, any attempt to have the Muppets try it now would be met with backlash in two forms;
1) They’d say ‘Variety and vaudeville is so outdated, and so is this show’ OR
2) They’d complain that the Muppets were living in the past.
So bringing back The Muppet Show really is a lose/lose situation critically (as much as many of us would still love it). 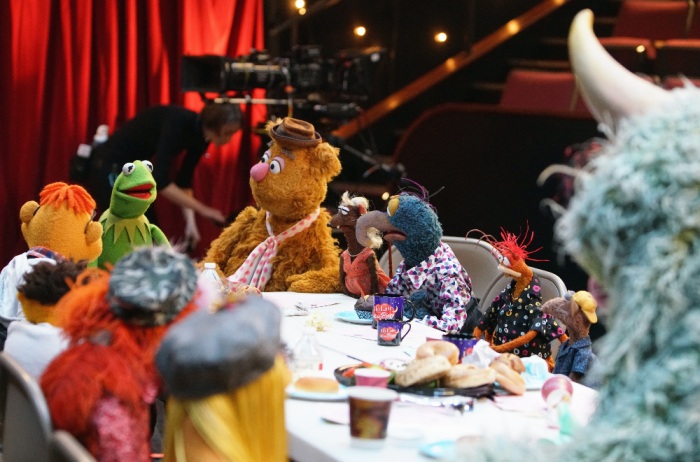 The mockumentary format is one that is well trodden.  Though its roots go back as far as the 1960’s, it really kicked off in the 80’s with films like This Is Spinal Tap, and it later reached TV with huge successes like The Office (both the original UK series and the US remake), Parks and Recreation and Modern Family.  These days a mockumentary really needs to stand out to be noticed, seeing as it was the flavor of the month for a good decade.  Had these characters tried this series 10 years ago (and it was actually considered) it could have been an entirely different situation, when the format was still relatively fresh and new. Unless a mockumentary can really change the genre, it’s doomed to fail, and while The Muppets attempted to do this, the fact of the matter is that the show was too grounded in reality (especially in the beginning) to make itself look like something unique.  Also, let’s put an end to the phrase ‘It was just The Office with Muppets’ – No, it was not.  It was a mockumentary with The Muppets.  The Office isn’t the only mockumentary in the world. 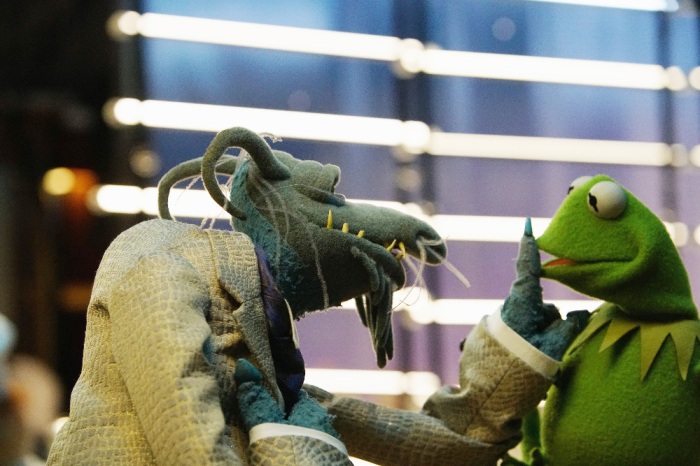 So what does this mean for the future of the franchise, now that the series has been cancelled?  Admittedly there is some worry, especially considering that Muppets Most Wanted was not the success that Disney wanted it to be, and neither was this endeavor. There is concern from some of us hardcore fans that Disney could lose faith in the franchise after this cancellation, and realistically there’s some basis to that.  Yes, we are hardcore fans of a beloved franchise, but sometimes I wonder if we’re looking at it all through rose colored glasses.  Just because we love these characters, just because we can name that obscure Muppet from that one sketch who was played by that one puppeteer in their only ever appearance, it doesn’t mean that the rest of the world, nor even the big wigs at The Walt Disney Company feel that way in the slightest, nor do they necessarily particularly care.  It’s sad that TV is about money and ratings, instead of about the entertainment that viewers get out of it.  Low rating shows that are expensive to produce, like The Muppets, get shafted because they fall victim to an outdated ratings system.  In the US, the Nielsen ratings sample only a small number of select homes, and instead of every viewer getting to contribute, some conservative family in Poughkeepsie who only watch reruns of The Golden Girls get their say.  The NBC comedy Community fell victim to the same system.  They were cancelled in their fifth season due to low ratings, but when a sixth season premiered on the now defunct Yahoo Screen, it was revealed that over 15 million had been watching the whole time.  Community was of course one of the lucky ones who was picked up by an online streaming company, which brings me of course, to Netflix.

In 2012, Netflix started a revolution when they announced a fourth season of cult favorite Arrested Development, which had been cancelled several years earlier.  Suddenly, the world realized that just because a show had been cancelled by a network, it didn’t mean the end at all.  Of course there are several examples of earlier shows being picked up by other networks, but none seemed to get the media attention that this pick up recieved. So when every show started getting cancelled, hounding Netflix to pick it up again seemed like the hip thing to do.  Since then shows like The Mindy Project, Community and even Full House have aired on various streaming networks.  It’s not unheard of, and when it comes to The Muppets it also isn’t unrealistic.
In the shows earliest days, Netflix were certainly interested in the series, however the decision was made to let it air on ABC.  Personally I feel the series had to be on ABC to work out its kinks, but since the series found a groove in its second half it would be great to see the streaming network pick it up for another season.  Netflix have a great relationship with The Walt Disney Company, and it’s entirely possible that talks could in fact pick up.  In fact I’m now officially suggesting the hashtag #NETFLIPS. 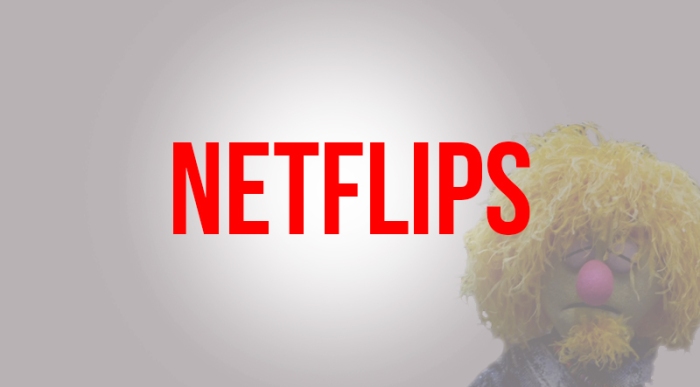 Or, perhaps we just let it be.  As much as I hope and pray the series finds a new home, the fact of the matter is that it could very well be done.  Sure, we may hold some concern that Disney is losing faith, but there’s some hope with all the great things coming up!  Next month Steve Whitmire and Eric Jacobson (and their characters) will be appearing in a panel at The Vulture Festival (I can’t wait to hear Kermit talk about the cancellation), then there’s the live Electric Mayhem gig at Outside Lands in August. There’s every chance that a new movie could get underway, or a new special.  These characters aren’t dead, Muppet’s just don’t die!  And so we’ll wait with bated breath to see just what these guys do next… 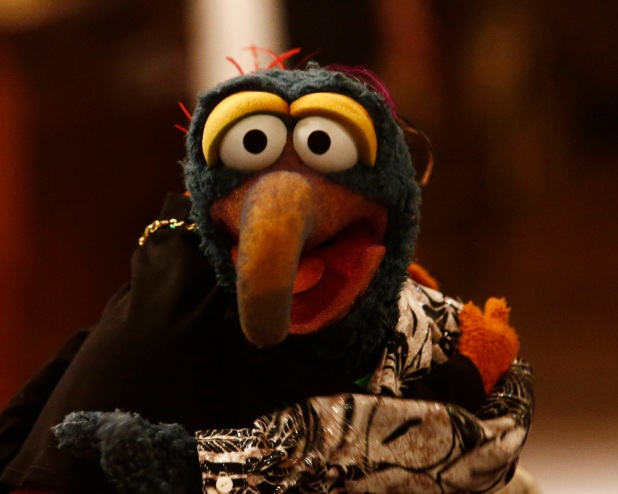 4 thoughts on “The Cancellation of The Muppets”