Jarrod Fairclough – One year ago today I sat down in front of my laptop, with no entire what the heck was in front of me.  Ryan Dosier had started his job at Disney with The Muppets, and in doing so he had left me in charge of this little website he created.  I would have never thought taking over The Muppet Mindset would lead to all the crazy and thrilling opportunities I’ve had since.

Last December I got to spend a large chunk of time on the set of The Muppets, watching as they filmed Episode 11.  While I’m unable to go in to too much detail I was able to meet my heroes and have real conversations with them.  I was lucky enough to get my photo with Kermit and Fozzie, and to chat about the show with Steve Whitmire, Eric Jacobson, Dave Goelz, Matt Vogel, Mike Quinn and Peter Linz, who I’ll go in to more detail about soon.  It was a top 3 day in my life, and it’s something I will never get over.  I MET KERMIT THE FROG, YOU GUYS!

Then just a few weeks ago I got to interview Cookie Monster.  It’s such a weird moment to be standing their chatting away for 5 minutes to a character I’ve been watching for almost 27 years, but it was absolutely a highlight of my life.  I was also able to spend a good 10 minutes or so chatting to David Rudman as the shot was set up, and he was just as delightful as you think he’d be.

Both of these insanely amazing experiences wouldn’t have been possible without my role here on The Muppet Mindset, and all the stress and anxiety has been entirely worth it for these moments alone.  It’s something that I do not take for granted at all, and it blows my mind that this is what my life has become.

Thanks to all of you who have contributed and joined in on the conversations on Twitter and Facebook! It’s been a lot of fun getting to know all of you.

Thanks to all the Muppet people who have been so good to me!  Thanks to Steve Whitmire for being so sweet and so welcoming, Dave Goelz for basically giving me an impromptu lesson on ‘How to work with The Muppets’, Eric Jacobson for taking time in his busy schedule just to make sure I was having a good time, Matt Vogel for constantly being so good to me, Mike Quinn for chatting to me when I was standing at the set awkwardly, David Rudman for being so fun when I interviewed Cookie Monster, Andrew James Spooner for being patient with me as we get this interview done (we’re so very close), Alice Dinnean, Victor Yerrid, Alicia Durand, Tracy Gilbert, Yannina Diaz and Kirk Thatcher, who thinks I look 12.

Because of this site, I’ve made so many new friends, and I want to take a quick second just to thank them all for everything they’ve done for me and the website!
So thanks to Steve Swanson, JD Hansel, Kieran Moore, Raymond Persi, Dave Hulteen, Kenny Durkin, Smig, Ryan Roe and loads more!  Sure, I knew all these guys a little back before I had the site, and since taking over they’ve only done more and more, so thank you so much to them!  But my biggest thanks go to these people:

James V Carroll – Artist and toy man extraordinaire, James has always been an absolute delight to talk to, and was one of the first people who really made me feel like a part of this community.

Michael Lanzer – Michael was the first person in the world who has ever made me feel like a celebrity.  He approached me during a Henson event at ACMI and since then has become a real friend.  He’s an insanely talented puppeteer and puppet maker, and here’s hoping we can do some great things together!

Mitchell Stein, John Papovitch and Kyle Mahoney – My team!  We did it, fellas!  One year and we didn’t destroy the site.  Thanks for all your hard work on the site, Instagram and Tumblr.  Here’s hoping we don’t blow it in year two!

Joe Hennes – Someone who understands the difficulty of running a Muppet fansite is Joe from ToughPigs.com.  We’ve swapped news and horror stories and opinions and more. He’s one of the nicest guys in the world, and he’s helped me out a whole lot.

Finally, and I know this is sounding like an Oscars speech (no, not that Oscar, but I get the confusion), there’s two people I really want to make an effort in thanking, because they have done so much more than they ever needed to for me.

Ryan Dosier – What can I say about Ryan that I haven’t already said numerous times? Ryan may have just changed the entire trajectory of my life, and I’ll follow him to the ends of the Earth forever for what he’s done.  He’s one of my favorite people in the world, and I can’t stop singing his praises.  And he’s NAILING the Muppets social media.  Also a quick thanks to his delightful girlfriend Sarah.  They let me sleep on their couch for 8 nights in December, and they were so welcoming and good to me.  (They also have a cute dog, Monty, who was my best friend by the time I left) 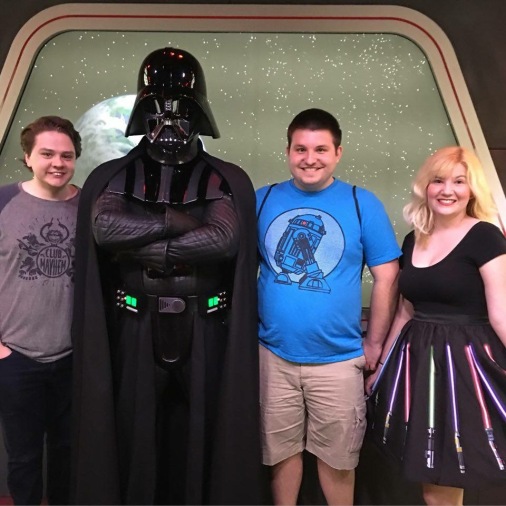 Peter Linz – When I took over the site, Ryan told me that Peter Linz was the best friend of the website.  I was sure he was over exaggerating.  He does that.  But the last time I spoke to Peter I apologized to him because I felt guilty about how much he’d done for me.  Peter was the one who got me on the set of The Muppets, he was the one who got me there again three days later, and he was the driving force behind my interview with Cookie Monster, even though he was on the other side of the world and it had no effect on him what so ever.  He’s done nothing but good things for me since my first day here, and I’ll always be appreciative of him, even if he doesn’t do anything for me again.  I’ve even offered a kidney.  I don’t think he needs or wants it, but I’ll give it to him.

So that’s it.  A year down.  Who knows how many more to go.  I’d love it if they’d release some news or something, because this lull in information is taking a toll on how much I can write, but hopefully we’ll get back on track soon!  Thanks again for letting me be a figurehead of this fan community, and I hope I’ve lived up to the legacy!  Wish me luck as me and my team head in to our second year! 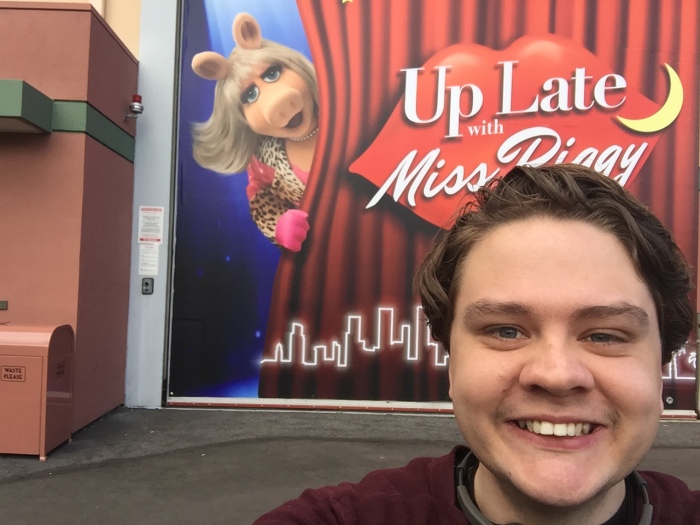 One thought on “One Year Under New Management!”