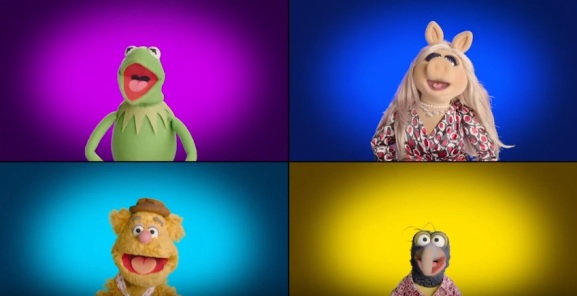 The other day, Entertainment Weekly released a short version of The Muppets scatting, beatboxing, and generally ‘Pitch Perfect’ing their old theme from The Muppet Show.  It was going to go in the next News Update, but then they released a longer version, featuring a funny scene with Rizzo and Pepe.  Interestingly, Pepe never appeared in that show, and Rizzo barely ever spoke!  Watch it below!