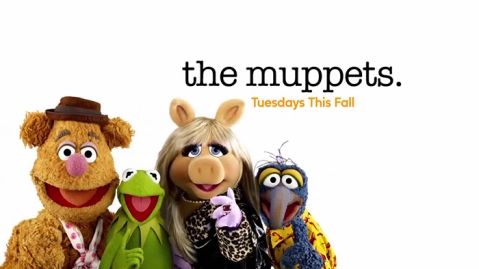 Our pal D.W McKim has been showing us how anyone and everyone can ensure that The Muppets is a huge success.  You can read Part 1 right here!

D.W. McKim – The new Muppet prime-time series is almost here!  Muppet Freaks all over are hoping that the show will be one of the season’s biggest hits and gets picked up after the first run of 13 episodes.  (For those concerned about the small number, that’s the standard practice for network show debuts these days – they start with an initial order of up to 13 episodes and if they do well, then they approve the second half of the first season.) 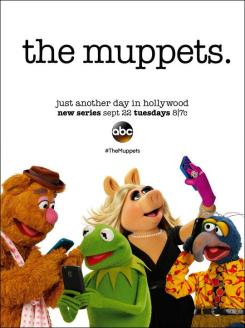 Of course, we’re hoping not only that the new series runs for several seasons but also that it’s enough of a success to warrant a wealth of additional Muppet projects, productions, merchandise, etc.  Even though the success level of a television show used to be solely in the hands of “Neilsen Viewers”, today’s audiences have an increasing number of ways to also be counted and help support their favorite program.  In the last installment, we looked at ways to watch officially online and have your viewing measured and tallied in the network’s reports.  Today, we’ll cover other ways to make a significant impact. 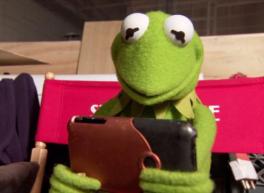 Just as online viewing is a relatively new change to the way today’s television audiences access content, sharing experiences as viewers has become another part of the modern landscape.  Of course posting about your favorite shows and interacting with fellow fans is fun, but it’s also a great strategic tool as well in terms of helping lend support.  For one thing, your posts and Tweets and such is the best way to spread that all-important “word-of-mouth” advertising.  When others see their social media feeds filling up with positive posts about a new show, it lets them know that this is something they should really check out if they’re not currently watching.  Then, if a large amount of discussion is concerning a particular show, this could push it to become a “Trending Topic”.  When the average person logs on to their social media site and sees “The Muppets” is one of the most-discussed topics among all the people currently online, they know this is “Must-See TV” (which may then lead them to go check out the show on Hulu or ABC, etc.)  If something is a Trending Topic, then it’s a pretty safe bet that if a rather large number of people are talking about it, then a rather large number of people must therefore be actually WATCHING it!

This is something the networks have picked up on and thus social media impact has become an important source of data to programmers to gauge the success of a show that supplements the Ratings reports. 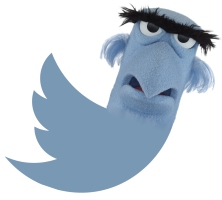 After all, Ratings may measure an (estimated) source of how many people are tuned in to something, but a massive sweep of social media posts means that not only are people physically tuned in but also very much strongly invested with what they’re watching – this isn’t something to have on as background noise while doing chores, but a show that people sit down to view with full attention and discuss with all their friends.  Because this is such an invaluable market research tool for a network programmer, Twitter has partnered with Nielsen Media Research to measure tv-related Tweets in a report known as The Neilsen Twitter TV Ratings.  So Tweeting about your favorite show is a huge opportunity for a fan to contribute to a show’s success without having to be part of a Neilsen Family to do so!  So don’t just watch “The Muppets”, be sure to Tweet about it as well (and post about it on Facebook or any of your other favorite social media sites).  For best effect, this should be done while the show is currently airing in one of the nation’s time zones or as soon as possible afterwards. 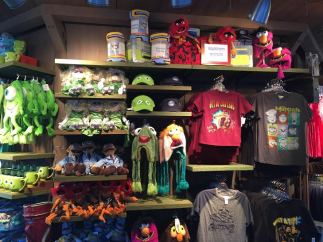 Eventually, after each season has finished airing, we can expect the release of season box sets.  Purchasing them is a great way to directly support a show (and aid in its profitability).  Even though many of us will probably have rewatched each episode multiple times beforehand, there will most likely be lots of fun exclusive extras and bonus features included to further entice us to buy these sets beyond the mere desire to support them (and hopefully all these great bonus features will be available on BOTH the Blu-Ray and standard DVD releases this time around in contrast to the more recent Muppet home videos … Are you listening and taking notes, Disney?)  Muppets DVD Sets also make great gifts for others so why not purchase a few different copies when they come out?  Now the drawback here is that the opportunity to buy such sets doesn’t occur until later on down the line…at which point it’s already pretty much known if the show was successful enough to score a further season renewal.  But in the meantime, there should also be lots of other various Muppet merchandise of all types out there just waiting for your consumer dollars!  Of course, purchasing Muppet products at any time always helps the brand in general – but doing so when they have a network series on the air is even more powerful so take this opportunity more than ever to “Buy Muppet”! 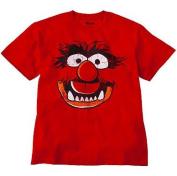 Okay, so unlike the other methods we’ve talked about, there’s not going to be anybody out there measuring, charting, and reporting on how many people are wearing Muppet shirts or pins or hats and all.  But that doesn’t make this area of support any less effective or valuable.  When you wear clothing with The Muppets depicted on them, countless people see you throughout the course of the day and recognize that this show has its fans who love it and is probably worth watching.  Better still, it could generate discussions or comments whether it be a short sweet “Awesome shirt!” or a whole exchange of “Wow – I love their new show” that could end up being overheard by a bus-full of people or several others waiting in a line in a store or gas station, seated in a classroom or restaurant, etc.  So not only does this help further promote and advertise the new show, but… just between you and me… i’ve found that wearing Muppet clothing often leads to making others smile, being friendlier, and makes you more attractive to others!

KEEP THOSE CARDS AND LETTERS COMING/GIVE THANKS
Okay, remember back in Part One when I mentioned that in the Olden Days, if you weren’t a Neilsen Viewer, the only real way to let a station know you were watching a show would be to send them a letter?  Well, that option’s still on the table!  (Though it could also be done via a phone call or email or PM or Tweet…)  Most people rarely contact a station about one of their shows unless it’s a complaint or something negative…until it’s too late.

Once a show is on the chopping block, only then do the fans come out to write their letters of support and praises.  So why not be pro-active and surprise the good folks at ABC with your letters thanking them for the new series fresh out of the starting gate?
Such an activity is such a pleasant surprise and one steeped in positive energy and feedback (which such executives don’t get to experience that much).  Don’t just stop with the network though, be sure to also contact your local affiliate station to let them know you’re ecstatic that “The Muppets” is on the air and that you’re a devoted fan & regular viewer.  Beyond that, you can also send your thanks to the sponsors – their advertising dollars help provide the show’s money – so actually pay attention to those commercials! People just don’t do this kind of stuff on a massive scale unless the show’s in danger of ending so just imagine how powerful an influx of Thank-You Notes can be from Muppet fans the nation over?  (And if you Tweet your thanks, you can kill two birds with one stone!)  A favorite method of mine is to have business-card sized notes on hand whenever i walk into a business that advertises during the show saying something to the effect of “I made sure to drop in today because you sponsor my favorite show, The Muppets!  Thank you!”

So now you know multiple ways that you can directly help “The Muppets” be a massive success (without having to be one of them there Neilsen folks)!  There’s lots of signs and early indications that the new series should be one of the biggest hits of the season regardless and unlike “Muppets Tonight!” two decades before, ABC has been going all out with its promotional muscle and seems to be fully behind them this time around rather than not really “getting” them or understanding their cross-generational audience and appeal.  But then again, much of the same could also be said of “Muppets Most Wanted” and …well you don’t need me to go any further!  So let’s pull together as a Muppet Fan Community and get behind the new production in each and every way possible!  They’ve played the music and lit the lights…now it’s our turn to all show up and Get Things Started! 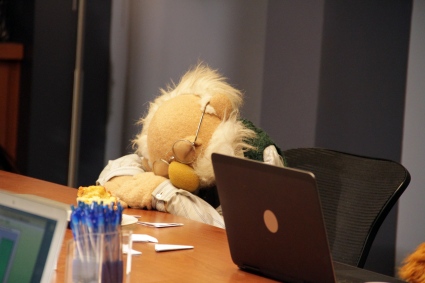