Over the years, a number of Sesame Street characters have gotten their own spotlight video, focusing on their best (and sometimes not-so-best) segments. To date, there have been videos focusing (or trying to focus) on the best of Ernie and Bert, Elmo, Big Bird, Cookie Monster, Grover, and even Kermit the Frog. Some of these characters even have two or more “best of” releases. However, there are a lot of characters who still haven’t had their own releases spotlighting their best appearances. Today I’m going to list the top ten Sesame Street characters who I feel need to have their own videos spotlighting their best works. I’ll also be mentioning a few segments that I genuinely feel need to be included and a few that I want included (that might not be “needs”, though technically this is all “wants”).

10.  Zoe
Zoe is number 10 because she’s my least favorite character on this list, but she’s been a main character since her debut in 1993 (and the only character introduced then still on the show) and is one of the shows few major female Muppets. With Fran Brill’s recent retirement, what better way to pay tribute to her career than a video honoring the best of her most major character? If a bonus video is needed, how about Zoe’s Dance Moves?Segments I think need to be included: “My Name is Zoe”.
Segments I want to see included:  Zoe and the Fejoo Sisters demonstrate “Lambarena”.

9.  Abby Cadabby
Abby has been a major character since 2006, practically a female counterpart to Elmo in terms of popularity and marketability. I’ve always found her a lot more tolerable than Zoe, who I did include on this list. I’m surprised that we haven’t even gotten “Abby’s Flying Fairy School” DVDs.
Segments I feel need to be included:  “Kids with Wings”, “I Like Words”, “Because We’re Friends”.
Segments I want to see included: The Word of the Day: Galoshes with Jennifer Garner, Word of the Day: Transform with Johnny Galecki,  Abby and Cookie play checkers. 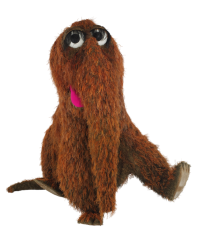 8.  Mr. Snuffleupagus
Snuffy has been around since the third season and is still a major character on the show. If not one spotlighting the best of Snuffy in general, I’d like to see a DVD themed around the years when he was “imaginary”, with many segments and street stories concerning the fact that the adults don’t believe he’s real, ending with the episode where they finally met him. But I’ll accept one of the best of the character in general, with or without segments that reference him being “imaginary”. If an existing video is needed as a bonus feature, I’d suggest A New Baby in My House.
Segments I feel need to be included: “Nobody”, “If I Was a Cloud in the Sky”, Snuffy jumps on Big Bird’s trampoline.
Segments I want to see included: “Best Friends Blues”, “Bubble on my Snuffle”, anything from when Jerry Nelson or Michael Earl performed the character, anything with Alice, practically anything involving his imaginary status.

7.  Herry Monster
Herry is one of my favorite underrated characters growing up. I’ve always liked him as much as Cookie Monster and Grover, and felt that he was often included less than them in merchandise (I wanted a Herry toy but never saw any, though there were toys produced), and for the last decade has been on the show a lot less. It would be great if he would come back to the show, period (Matt Vogel has proven he can do almost any Jerry Nelson character, and Tyler Bunch performed him at one event, intended as a one-time thing).
Segments I feel need to be included:  “I Can’t Help It”, Herry and John-John Count to 20.
Segments I want to see included: Monsterpiece Theater: Guys and Dolls, “Good Morning”, “I Can Sing When You Sing”.

6.  Prairie Dawn
Another underrated character who has been on the show for a long time and continues to appear (being used a fair bit in the last season, after a few seasons when she was barely around). Like I said about Zoe, with Fran Brill recently retired, what better way to honor her career than with a video on the best of Prairie Dawn (maybe give Prairie and Zoe their own videos at the same time?), though I’d clearly rather have a Prairie Dawn video than a Zoe one.
Segments I feel need to be included: “All by Myself”, almost any of Prairie’s pageants (I feel “A Flower Grows” and “Let’s Make a Face” are among the best known).
Segments I want to see included: Prairie Dawn adds and invites Grover, Herry, and Cookie Monster to dinner, any Fairy Tales Today segment, Monsterpiece Theater: Little House on Prairie. 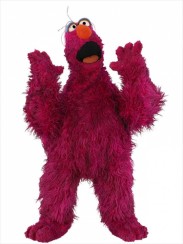 5.  Telly Monster
Almost any fan online will tell you that Telly is greatly underrated, especially considering he’s in almost every episode. While such a release might worry Telly (“what if they don’t include somebody’s favorite moment???”), but Telly deserves it. And there are a number of great street stories that could be included (like the season 33 episode where Telly accompanies Oscar on a road trip). If there’s a need to include a bonus video, how about including “Telling the Truth”?
Segments I feel need to be included: “Telly Tut”, “My Outer Space Friend”.
Segments I want to see included: Anything where Brian Meehl performed Telly, “Shapes in My Room”, “Telly’s Lunch”.

4.  Oscar the Grouch
Oscar is one of the shows best-known, most-iconic characters. He’s been there since the beginning, and yet there’s still never been a video on the best of Oscar the Grouch. Oscar has a lot of great segments with many great celebrity guests, including Danny DeVito, Billy Joel, James Taylor, John Candy, Jodie Foster, Nicole Kidman, and many, many others. Some street stories that would be good for this release include the “Grouch Thrift Shop” episode and the whole GNN episode (not just the Anderson Cooper segment). Of course Oscar would probably find such a video to be garbage.
Segments I feel need to be included: “I Love Trash”, “Alone in a Swamp with You”, “I’m Sad Because I’m Happy”
Segments I want to see included:  “The Anything in the World Prize Game”, “Just the Way You Are” with Billy Joel and Marlee Matlin, the bus stop sketch with Kermit, anything with Bruno, any of Oscar’s interactions with Danny DeVito.

3.  Guy Smiley
In a way, Guy Smiley seems like one of those unlikely choices, but then again, he has been brought back recently, and has been used quite a bit these past two seasons. It’d also be cool if there could be a multi-disc collection of every Guy Smiley segment, or a two-disc collection spotlighting the best Sesame Street game show segments (not just the ones hosted by Guy).
Segments I feel need to be included:  Pick Your Pet, Beat the Time: Cookie Monster, The Letter of the Day Pageant, any “Here is Your Life” segments.
Segments I want to see included: Brand X Commercial, Mystery Guest, What is It?, “Air”, Guy Smiley’s audience goes to lunch, Name That Sound: Grover, To Tell a Face.

2.  Biff and Sully
At this time, Biff and Sully are probably the characters on this list least likely to get their own video release anytime soon. They haven’t had a major role in years, and weren’t exactly merchandised often (there were never any Biff and Sully toys, for example). But they were fairly major supporting characters for almost 20 years. I really liked them, both as a kid (in the shows target demographic) and now. I’ll settle for almost any Biff and Sully clip, but there’s a lot of stuff with them that I know about that I haven’t seen, as well as a lot that have surfaced in other languages that I’d like to see in English, and I’m sure there’s scores of Biff and Sully material I don’t even know about.
It’s hard to really determine what needs to be included, and although I said I’d like it to have pretty much anything with them, here are some segments I really want to see included:  “Sully’s Love Song (Yes)”, Biff and Sully get angry. 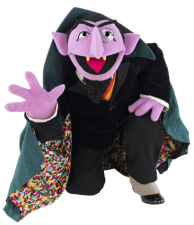 1.  The Count
The Count is one of those long-running characters who is way overdue for a video spotlighting his best work (but on the bright side, The Count can count every year we don’t get one). I was hoping that the recent Count on Elmo DVD would be a video spotlighting the best of The Count (I should have known it wouldn’t due to the title and the lack of Count-related bonus features). A video highlighting the best of The Count would be a nice tribute to Jerry Nelson as well.
Segments I feel need to be included: “The Song of the Count”, “The Batty Bat”, The Count and Cookie Monster Co-operate, The Count spends the night at Bert and Ernie’s apartment.
Segments I want to see included: Sesame Street News: Three Little Pigs, Waiter Grover: The Count’s hot dogs, “Counting is Wonderful”.

There you have it, ten characters who I feel deserve their own video spotlighting their best work. Of course, Rosita and Baby Bear also deserve their own “best-of” release (I would also put Murray Monster there, if only there were more Murray segments outside of “Murray Has a Little Lamb” and the various hosting segments).
As a final bonus, here’s a list of five characters from the past that I’d like to see “complete collection” DVDs of, chronicling all of their starring inserts: Sherlock Hemlock, Roosevelt Franklin, The Amazing Mumford, Forgetful Jones, and The Two-Headed Monster.