Sometimes we Muppet fans get really busy.  So busy that we don’t get the chance to write a new article, and then go blank at the 11th hour, so we decide to do the whole ‘Throwback Thursday’ thing, but disguise it with a Muppety title so that the readers don’t realize until they get til the end of the really long second sentence.

Today is one of those days.  So, we’re going to throw you back, way way back, to March 22nd, 2014.  On that day The Creator (Ryan Dosier) interviewed writer Nick Stoller, who among other amazing comedies (and some of my favorite films), wrote The Muppets and Muppets Most Wanted.  I remember The Creator telling me about this phone call, and he and I came up with a few questions to ask him, none of which he used, because apparently he’s too good for me.  You should see how arrogant he’s become since he got this Disney job.  I lent him my copy of Kermit’s Swamp Years – he still hasn’t returned it, AND he’s stopped answering my calls.  The person on the other end of the line claims to be an elderly Spanish woman, but I’m like 93.8% sure it’s Ryan doing a voice.

So, CLICK RIGHT HERE! to read The Creator’s interview with Nick Stoller.

(PS – how amazing is the idea of remaking Get Him To The Greek with Animal and Scooter?) 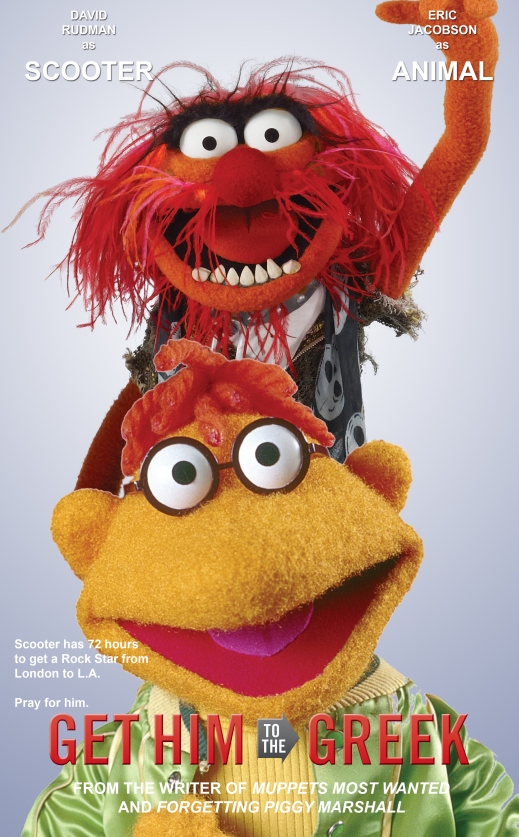