Have you ever wanted to own a mint condition Captain Smollett doll from Muppet Treasure Island?  Or a Kermit Klein baseball cap?  How about the outfit that Carla, Darla, and Marla wear in The Great Muppet Caper?  If your answer is ‘I hadn’t really thought about it, but that sounds awesome!’, then have we got news for you!

Last November Steve Whitmire (performer of Kermit, Rizzo, Beaker and more!) announced plans to auction off a large amount of his memorabilia from a whole range of productions, including The Muppet Show, Sesame Street, Dinosaurs, and all the Muppet films.  The last 4 batches have had some incredibly rare and amazing items, and this new batch is no different.

This batch contains toys, autographs, clothes and more!  Just some products of note are:
– A private letter from Muppet writer Jim Lewis to Steve, regarding the possibility of a sequel to Kermit’s Swamp Years.
– A rare watch with Waldo C. Graphic on it (from The Jim Henson Hour and Muppet*Vision 3D)
– A t-shirt specifically made for Steve, the only other of which is owned by Dave Goelz (Gonzo, Bunsen, Waldorf)
– The catsuit worn by either Carla, Darla or Marla in The Great Muppet Caper
– A one of a kind Jim Henson Productions coat, embroidered with the name Barbara, which belonged to Steve’s late mother.

All proceeds from these auctions go to the Center for Puppetry Arts, which is a very worthy cause.  Jim Henson was one of the center’s main supporters.  It’s currently undergoing an expansion and renovation, meaning it needs as much support and money as it can get.

You can bid on these items here.  Please note that it appears to be open to US citizens only, which is annoying for me here in Australia, especially when all I want in this world is a Waldo watch.  Steve, if you’re reading this, send me an e-mail and we’ll talk! 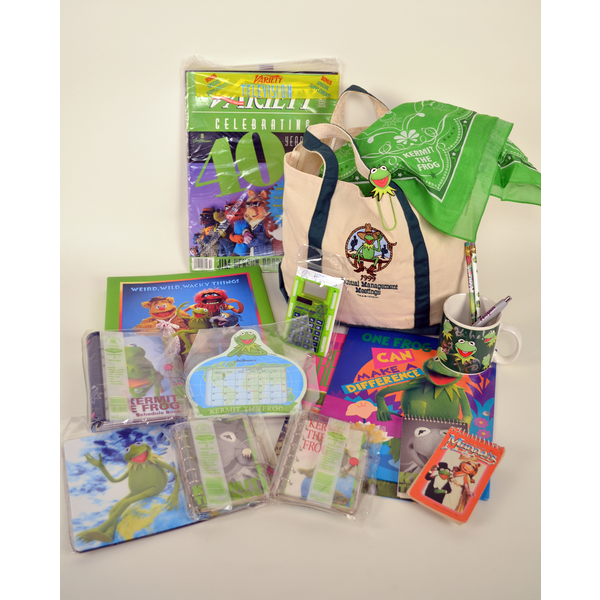