Jarrod Fairclough – Sometimes, when I’m driving, or cleaning, or doing some mundane task, I like to play ‘What if?’ in my head.  I’ll think of a myriad of hypothetical questions, ranging from ‘What if I’d told that girl I loved her?’ to ‘What would I do in a zombie attack?’. Then there’s the one that I find myself fixating on the most.

‘What if Jim Henson was still alive?‘.

Would I have met him yet, either in person or online?  What would Disney have done with The Muppets if he had in fact sold them in 1990.  Would Frank Oz have stuck around longer?  Would they have created a new lead character for Steve Whitmire to perform?

Stephen Hawking is a big advocate for the theory on alternate universes.  Countless universes that differ to our own, from the smallest details (like everything is exactly the same but we don’t have finger nails) to the biggest changes (like I’m Chris Pratt and you’re all my minions).  I’m not a religious man in the slightest, so I often find myself thinking about these theoretical universes.  There could be a universe, somewhere, where Jim never got sick, never held off from seeing a doctor, and never passed away on May 16th, 1990.

But then I snap back in to reality.  Even if these alternate universes are real, this is the one we are in.  I didn’t tell that girl I loved her, and she married someone else.  A zombie attack is a fictional scenario.  I have finger nails, and I’m not Chris Pratt.
And, unfortunately, Jim Henson did pass away, 25 years ago today.

It’s hard to explain what an impact Jim Henson has had on my life.  It’s hard to explain to anyone, let alone myself, how a man I never had the pleasure to meet could be as much of an influence on me as members of my family are.  But I’m going to give it a try today.

I like silly.  No, scratch that – I LOVE silly.  Puns?  Love ’em.  Terrible jokes?  Love ’em. Elaborate comedy sketches about fake basketball mascots attempting to do a slam dunk? That’s my type of humor.  Don’t get me wrong, I love a filthy comedy routine or a stoner comedy as much as the next guy, but silly is what can have me doubled over, crying with laughter.
The Muppets are, more than anything, silly.  Everything about them is silly.  Wig racing is silly.  A tree falling on an opera singer is silly.  An eagle complaining about people being naked under their clothes is silly.  But the silliest thing of all is that a group of grown men and women got together and made this stuff, with a few glued pieces of foam and some felt.  Jim Henson’s whole idea of a flock of fake animals, people and whatever’s getting together to put on a show isn’t ‘inspired’ – it’s silly, in the best possible way.

Jim put together, over a few decades, a team of people who shared his vision of being silly.  All he wanted to do with these characters was promote the idea of playful silliness, with a little bit of heart.  That kind of thing just speaks to me.  That’s why Jim Henson is my hero, and that’s why we’re all here today.

So, 25 years after his untimely passing, we remember this incredible silly man.  We thank Jim Henson for bringing us so much joy, even now in a time where we need it most.  We thank those who continue the dream, from the incredible Muppet performers, to the writers and the directors.  We thank the Henson family for keeping these characters alive, and we thank Disney for continuing to love them.  We thank ToughPigs for being the other best Muppet fansite, and for helping us keep the world informed.  We thank the various Muppet fan podcasts, like The Muppetcast and Frog Kissin’ Gals, for bringing Muppet fandom in to the new digital age.  We thank Ryan Dosier for starting a website where basically anyone can express their love for Jim and his creations in a medium where they will be seen.

And we thank this universe, for giving us Jim Henson in the first place. 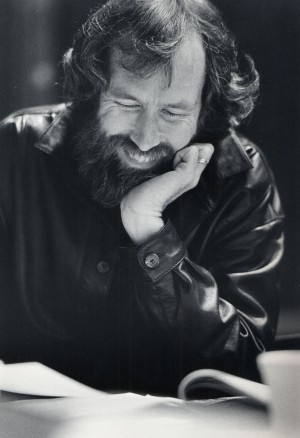