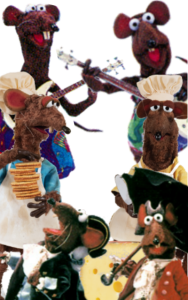 WHO ARE THE RATS? 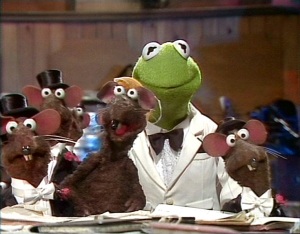 The rats are… well, they’re rats. These little rodents filled all sorts of ancillary roles around the Muppet Theater and in various Muppet productions. Just like the pigs who were used on The Muppet Show, they are all-purpose utility players in Muppet productions, filling all sorts of roles from kitchen workers, tourists, or background fillers. Of course the most famous Muppet rat, and unofficial leader of the rats as a whole, is Rizzo the Rat. Other individual rats include Yolanda Rat (as seen in The Muppets Take Manhattan) and Bubba (as seen in Muppets From Space and elsewhere). 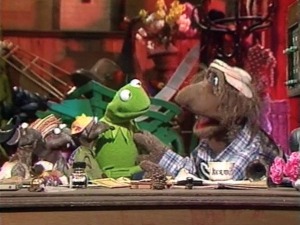 The original Muppet rats, built by Don Sahlin, were made out of plastic bottles and used in the 1972 special The Muppet Musicians of Bremen. Those puppets were used later for The Muppet Show for a few appearances in the early seasons. In Episode 503 the rats were prominently featured where they bother Kermit and the other Muppets. Fed up with them, Kermit asks Beauregard to “take care” of them. Beauregard took care of them as guests of the show, so the rats made him their president, and manipulated him into giving them food and eventually took over the show. 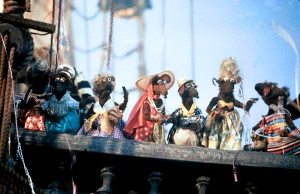 The rats also played roles in many of the Muppet movies. In The Great Muppet Caper, they were employed as bellhops the Happiness Hotel. In The Muppet Take Manhattan, Rizzo worked at Pete’s Luncheonette with a group of rats, including Yolanda, Tatooey, Chester, and Masterson. They famously performed the “Rat Scat” song in the kitchen. The rats also served as Ebenezer Scrooge’s bookkeeping staff, with non-rat Bob Cratchit as chief clerk in The Muppet Christmas Carol. They appeared as tourists in Muppet Treasure Island, thinking the Hispaniola was a cruise ship booked by Rizzo. Still, the rats enjoyed themselves with booze, shuffleboard, and dancing. In Muppets from Space, the rats served as lab rats at C.O.V.N.E.T. The featured rats include Bubba, Fast Eddie, the Birdman, Troy, and Shakes. In The Muppets’ Wizard of Oz, the rats played the ever so helpful Munchkins. The rats also appeared in background roles in both The Muppets and Muppets Most Wanted.

WHY DO THE MUPPETS NEED THE RATS?

The rats are some of the most-used utility Muppet characters, appearing prominently in almost every Muppet movie and most other Muppet productions. In recent years, the rats have become the most often featured of the Muppets’ utility characters, more than pigs, chickens, and even Whatnots. Muppet rats can be found in just about every Muppet production or large group appearance since the 1990s. They may be small, but the rats play a big part in the Muppet world. 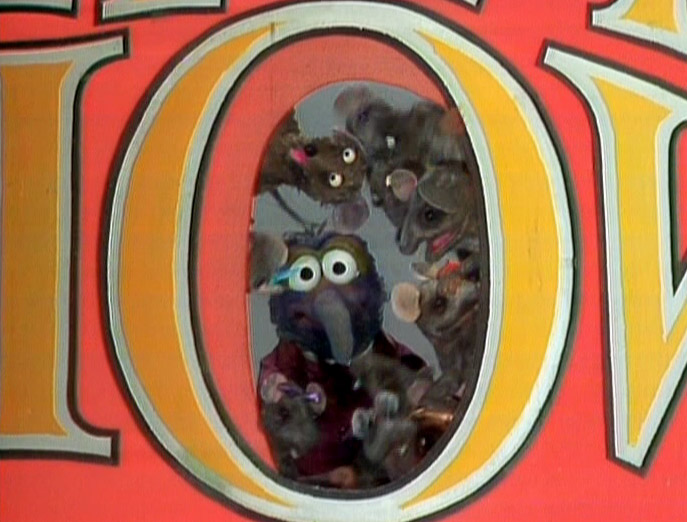