Mitchell Stein- It is with great honor that I introduce the final installment of my interview with Muppet writer and director Kirk Thatcher. In case you missed it, be sure to check out Part 1 and Part 2. Without furthur ado, enjoy the final installment of this interview, in which we discuss the creation of Dinosaurs, Jim Henson’s Creature Shop and the future of The Muppets!

Mitchell Stein: You were one of the driving forces behind the hilarious series Dinosaurs, which ran for 4 seasons in the early 1990’s. Can you tell me a little bit about how the show came into creation? 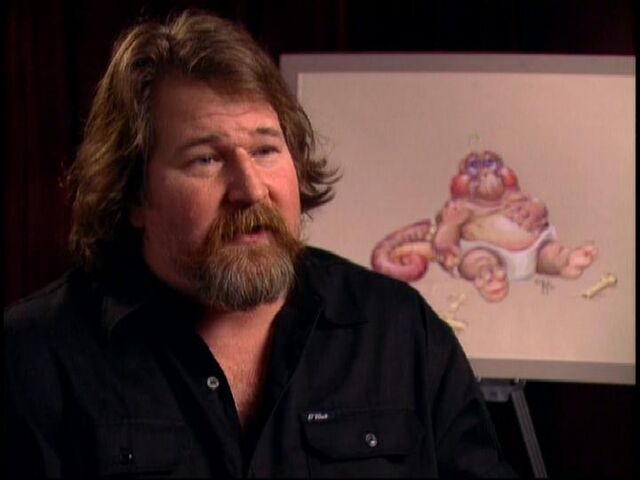 oing up to Martin Baker who was the producer and I said “oh my god what if we actually have to do this?” [laughs]

Nothing quite as immense has ever been attempted before, maybe besides for the Ninja Turtles, but there were only four characters and that was movie so they had months to work on it. Here we had six major characters and we had a week to film for nine months out of a year, so it was a ‘holy cow’ moment. “If we sell this, we’ll be over our heads”.

MS: Do you think the Dinosaurs characters could ever live beyond their original show, and do you see these characters ever making a comeback, whether it be on television reboot or in a feature film?

KT: It’s funny that you say that because I was talking to someone in the past year about how great movie capture has become (like Sid the Science Kid uses) and how it could potentially work for a new story starring the Dinosaur characters. It’s a really great system that could work the same way where the puppeteers can control the heads and have the performers moving around controlling the bodies and then translates into a great-looking computer generated characters.

I think it’s a very fun idea and I’d certainly be interested but I’m not sure if there are any others who are and I know there are a lot of fans out there who really love the show and whenever I meet people who find out I designed the baby and other characters they kind of flip out, but it just wasn’t a big hit like the Smurfs or the Simpsons were. To be honest, I really don’t know who owns it at this point, or if Disney would have to share it with Henson, but I haven’t heard of any one talking about it recently. I remember years ago we were discussing maybe doing a feature film.

MS: You also wrote a few episodes of Dinosaurs, correct?

KT: Yeah, I wrote a lot of the silly ones [laughs], like the one where the food goes bad and the refrigerator revolting and the Halloween episode about were-men that are bitten by humans and become were-humans and I actually made a cameo as the “were-human” in that one. I also wrote the last episode too, but the strange thing about that was that we hadn’t intended it to be the last episode, we sort of just wrote it as “just another episode” that we could potentially use as an ending, but then we found out that we were cancelled, we turned that episode into the finale as it aired.

MS: Although it wasn’t initally intended to be the finale, the ending to Dinosaurs is arguably one of the most emotional of family sitcoms. Did you feel it was a bold move to go ahead with this storyline?

KT: The thing about Dinosaurs was how it was about Dinosaurs thinking for themselves and not to the future ahead of them and what the consequences would be six or seven generations later. So we were trying to say “Dinosaur thinking leads to extinction” and what your actions might do down the line, instead of just trying to fix the issue at the moment.

So we found it especially fitting to be chosen as the final episode since it was kind of the premise of the show, is that this is what happens when you think you own the world and do whatever you want and change the eco-system to fit your idea of what’s right for you as opposed to what’s right for everything else on the planet. 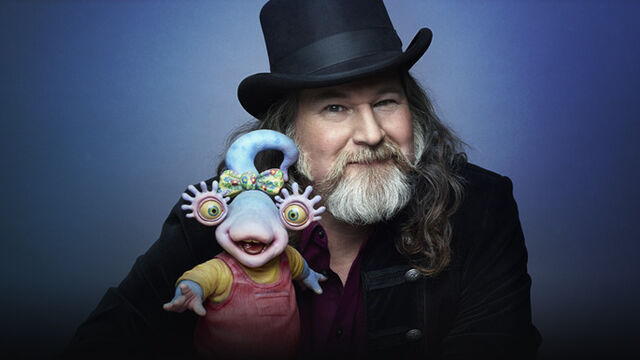 Last year, along with the Jim Henson Company you launched The Jim Henson Creature Shop Challenge which was sadly cancelled after one season. Do you see this show possibly finding another venue to air on?

Oh gosh, I really hope so. I know that Brian [Henson] is hard at work looking for another venue to pick it up. I had a blast and I loved it and we were getting about a million views each episode and it kept growing. So we had a lot of fans and even after 3 or 5 episodes, Syfy called us in and said they had over ten million unique viewers, so it was popular, but I think SyFy decided they wanted more shows for less money. I know the producers tried to cut their budget and brought it down significantly, but it was still too expensive.

I certainly hope there are plans to bring the show back, hopefully on another venue, or even in online form, like Netflix or Hulu or one of those.

MS: You recently paired with the Muppets to produce Disney Drive-On With the Muppets, a Muppisode, and various different Muppet ads. What can Muppet fans look forward to seeing from you in the near future?

KT: Well, anything I might or might not potentially be doing I wouldn’t be allowed to talk about, but I will be able to say that they’re definitely not done doing Muppet stuff, regardless of the recent box office numbers, but even if I currently know, I wouldn’t be allowed to say what it is specifically until they come out with an announcement. I will certainly say though that if you are a Muppet fan you will certainly be happy with what will be on its way, some folks who have worked with the Muppets for over twenty-five years are all getting together and putting our brains together to create some new things.

I think the direction will be more frequently, opposed to a movie every couple of years, not that there’s anything wrong with the movies, but there will certainly be a lot more content as opposed to ninety minutes of entertainment every few years.

MS: So Disney is definetley still interested in making a lot more Muppety productions in the near future?

KT: Yeah, I just had a meeting a few weeks ago about potential projects and these people are really great who are really excited about doing new fun stuff with the Muppets and reinvigorating them. The thing about movies is that you spend a lot of money and its only something that comes out every couple of years, and the truth is you can do a lot more with half that budget and roll things out a lot more often.

So, Disney hasn’t given up at all, regardless of those numbers, and all I can say is, Muppet fans should be very excited for what should be coming up in the future!

Thus concludes my interview with Muppet writer and director, Kirk Thatcher. I’d like to thank Kirk again for putting time aside from his schedule for this fantastic interview and sharing all this great info and stories. Thanks for reading!