Ryan Dosier – While collecting submissions for our annual “What Muppet Fans Got for Christmas” article, we received a very interesting email from our friend Jennifer Hullenaar, who wanted to share a new Christmas tradition at her house. Jenn’s kids, Willow and Rowan, loved Muppets Most Wanted and Constantine especially. I’ll let Jennifer tell you the rest…

My kids felt left out not having an “elf on the shelf” like their classmates (I find the shelf elf really creepy). Instead, they were surprised by Constantine on the shelf. This year, the world’s most dangerous frog decided to steal the ultimate prize: all of Santa’s toys and thus the whole holiday. 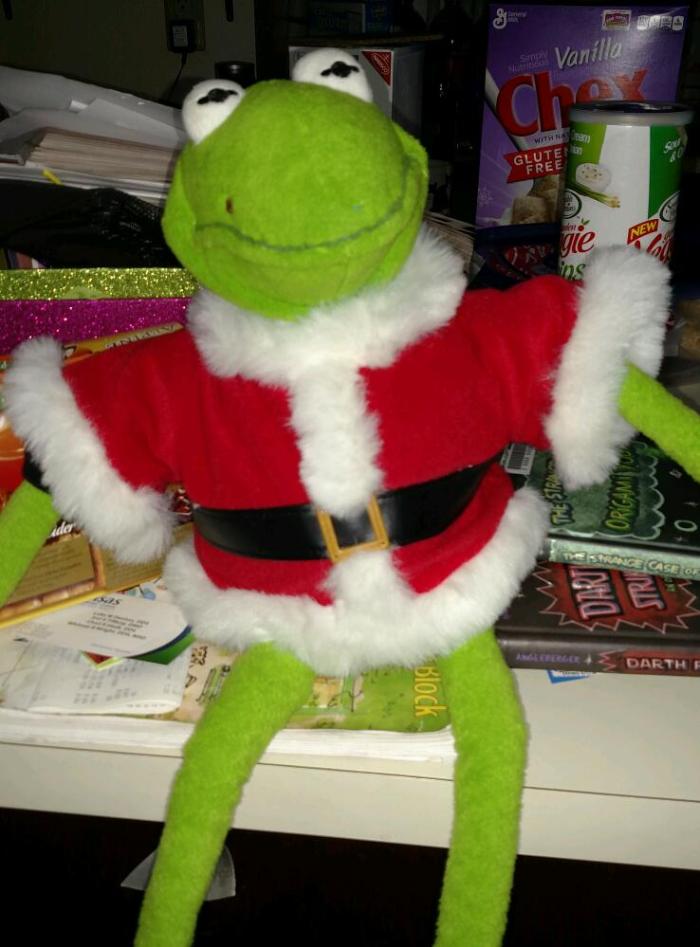 In the weeks leading up to Christmas, each morning my kids would awake to find Constantine in a new spot and a new journal entry on their iPad on his plans. He tried to recruit/convert toy super heroes and later an army of toy villains, he knocked out the tooth fairy and tried to steal a present intended for my son, he hid in the refrigerator to prep for Arctic temperatures and in a gift bag to be a present, he created his own test run of explosives in Minecraft, and he did research on the North Pole. He even tried to disguise himself as Rudolph and then Santa. 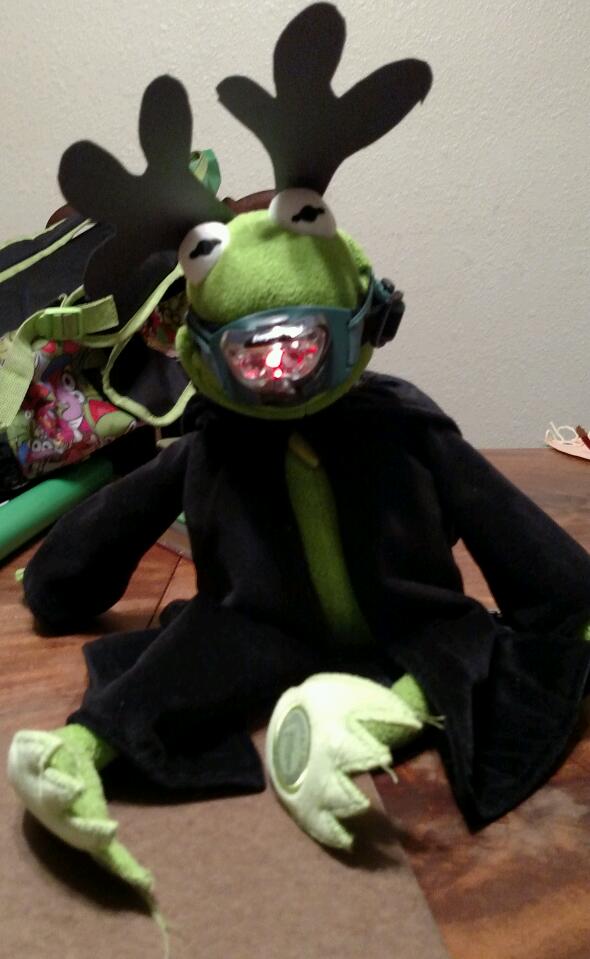 On Christmas Eve morning, my kids couldn’t find him anywhere… just a journal entry that he stole my daughter’s letter to Santa to deliver it in-person — after all, what better way to steal Christmas than at the North Pole right before Santa leaves? 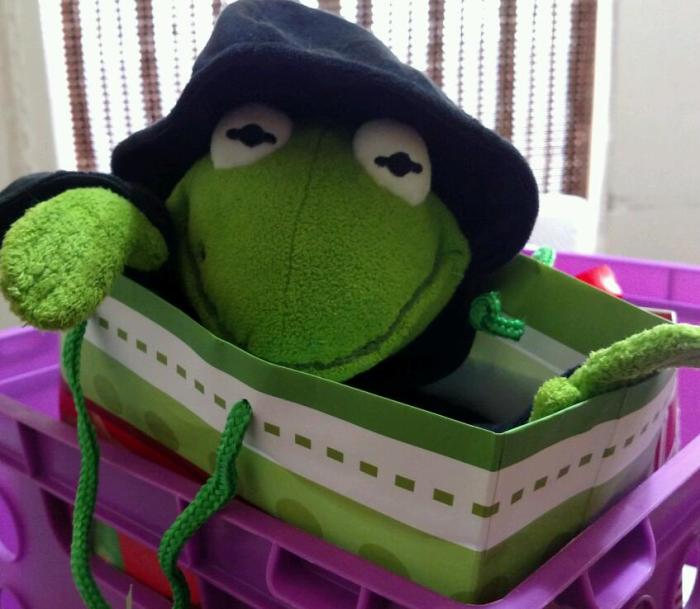 The culmination came Christmas morning, when they found Constantine in the tree, bound up in ribbons like a present. Attached was a note, thanking the kids for keeping tabs on Constantine’s behavior and reassuring them that his dastardly deeds were no match for Santa magic. Both my children thoroughly enjoyed this and agreed it was way, way better than any plain old elf on the shelf. 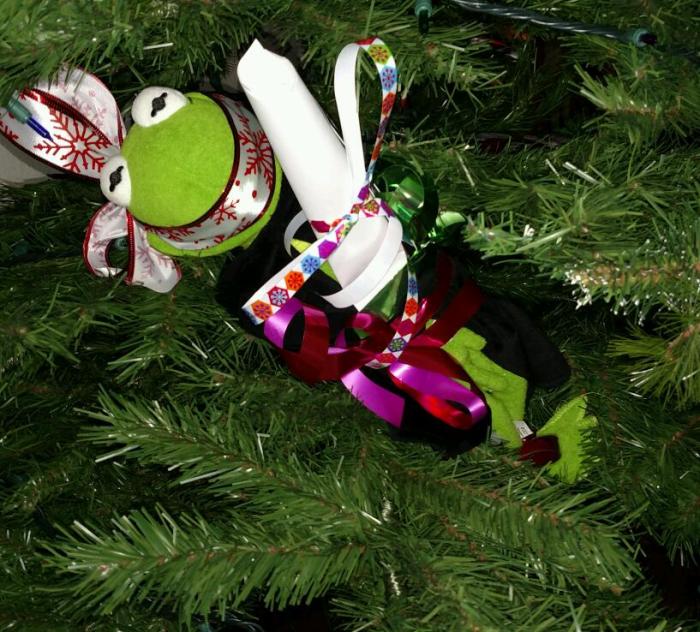 Isn’t that perfect and wonderfully fun and unique and brilliant? Jennifer also said… Our whole family had so much fun with this. Constantine has become a regular trickster in our house. He still picks fights with the tooth fairy and tries to steal the money or gifts any time my kids lose a tooth, and he occasionally has a habit of hiding around the house.

Kudos to Jennifer for her impressive holiday hijinks with the world’s most dangerous frog. I could see quite a few other families taking up this tradition in the years to come. Check out the gallery below for all of Constantine’s exploits. Thanks so much for letting us showcase the fun, Jennifer! Wish Rowan and Willow a very Merry Christmas from their pals at The Muppet Mindset!