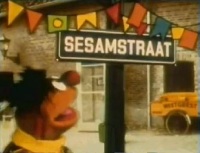 Max Peters – The Muppet have contributed to my life in their brilliant way for many years now, starting when I was just a little kid. Growing up as a Dutch kid in the Netherlands, I had the privilege to enjoy a very well developed version of Sesame Street, with great Dutch actors and new puppets, who complemented the redubbed American material of Grover, Cookie Monster, Elmo, Oscar and, my favorites, Bert and Ernie. This duo were not only my favorites, they are by far the most popular Muppets in the Netherlands, which is partly explained by the fact that the Dutch dub, provided by great Dutch actors Wim T. Schippers and Paul Haenen, was very well performed and immediately recognizable. Their performances were so well received, that Jim Henson himself allowed the two to make their own Bert and Ernie records, which is pretty unique, for they were the only foreign actors who could do this.

I got addicted to these magnificent records (it’s a shame that English-speaking audiences can’t understand it), and I still listen to them today every now and then. They kept the spirit of the original characters alive and added their own great material (sketches and songs) and characteristics that made the records a joy to listen to. One of their songs even provided my life motto, “Make something out of it!”, a song about positivism and making the best out of things.

So, my love for Jim Henson’s creations started when I was very young with Sesame Street, but my first encountering of the actual Muppets themselves was when I watched a Dutch best-of DVD of The Muppet Show, that included a couple of great episodes plus the documentary Henson’s Place. To quote Walter, “I found them,” and I think I immediately got hooked by the fun, the musicality, the colorful characters and the energy of the show, and I only wanted more. Luckily, for a short period a Flemish television channel broadcasted a couple of Muppet Show episodes, and that is how I got a pretty good impression of what the Muppets were capable of. This, of course, made me want more, and I gradually bought all the Muppet movies (even the pretty mediocre ones which I still enjoyed), the first three seasons of The Muppet Show and a couple of television specials, like Rocky Mountain Holiday.

I watched The Muppets at the cinema, and the goosebumpingly good experience of seeing all the characters sing “Rainbow Connection” cannot easily be equaled. Every Christmas, I make sure to watch not just The Muppet Christmas Carol, but also Muppet Family Christmas and, when I have the time, even It’s A Very Merry Muppet Christmas Movie and Letters To Santa. By now, I can safely say I have seen the majority of Muppet material that is out there, with the exception of The Muppet Show season 4 and 5 episodes (let’s say it once more; FINALLY RELEASE IT DISNEY!). And, of course, I have watched all the stuff multiple times, never getting tired of it.

For me, the Muppets symbolize a beautiful sense of childlike playfulness, augmented by a great sense of creativity, musicality, comedy and a lot of heart. They are always able to cheer me up when I feel down. The way in which the Muppet performers, builders, and writers approach entertainment is just incredible, allowing themselves to be extremely creative, original and funny, and all of this without having to be insulting, vulgar or rude. And that is what I enjoy so much, the approach is so innocent, and yet, at times they can provide very clever satire or absurdities. Furthermore, every celebrity that works with the Muppets performs better and funnier, whether it is Harry Belafonte on The Muppet Show or Robert de Niro on Sesame Street. And don’t forget that other comedic giants, like the great John Cleese, admire the Muppets just as much as the fans do.

Moreover, the musical component of every Muppet production is what draws me in every time. They have produced countless memorable original songs and many brilliant covers of existing songs as well. And, being a musical person, I always appreciate the perfect singing harmonies that are provided, even though the voices sound funny or can’t even pronounce normal words. Take for example the recent “Ode To Joy” by Beaker. Of course it’s Beaker and he can only make his ‘mee’ sound, but at the same time, the harmony is perfect, just as a normal choir would perform it. That is what I enjoy so much about the Muppets, it’s the combination of zaniness and high quality of performances. They can be totally silly, but also provide serious depth to characters. 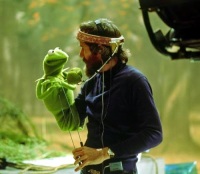 Choosing a favorite character is hard, since there are so many, and I enjoy the main characters like Fozzie and Gonzo usually just as much as the zany, one-joke or even one-performance, small characters, like Lew Zealand or Angus McGonagle. However, I suppose I have three favorites, Bert and Ernie, mainly because they remind me of my youth, and because I regard them as the definitive duo, the greatest duo of all time. They perfectly complement each other, from their contrasting characters to the horizontal and vertical designs of the puppets. My third favorite has to be Kermit, since he represents the genius behind this all, my continuing source of inspiration, not just for performance but also for lifestyle: Jim Henson.

The  Muppets are my favorite source of entertainment in this world, and they will probably continue to entertain me for many years to come! It’s a wonderful bunch and I love them. 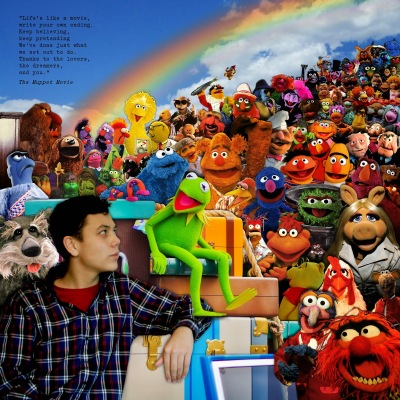