Bret McKenzie, songwriter for both The Muppets and Muppets Most Wanted, teamed up with Funny or Die to shoot a fantastically fun and funny music video for the song “I’ll Get You What You Want (Cockatoo in Malibu).” The video even features some extended visuals that we didn’t see in the song in Muppets Most Wanted.

Kermit the Frog and Miss Piggy made an appearance on The Queen Latifah Show on Friday to promote Muppets Most Wanted. They had a nice chat with their old pal Queen Latifah and then performed “Rainbow Connection” with Queen Latifah and John Legend. Watch both videos below!

Dr. Teeth and Floyd Pepper appeared online at fuze.tv to promote Muppets Most Wanted and to answer some incredibly binding questions from popular music lyrics. The video is one of the finest examples of a Muppet appearance we’ve seen in this promotional cycle, and hardens my belief that we need to see The Muppet Show back on TV even more.

It was announced recently that an official album for the Muppets Most Wanted Original Score will be released through Intrada and Disney. This is great to see, since The Muppets never received an official release of its score. It’s not clear whether the album will be available only on CD or for download as well. Either way, Christophe Beck‘s score for the film is definitely coming on April 15th. More information can be found on the Intrada forum.

Back in 2012, the Muppets performed a special live All-Star Comedy Gala in Canada at Montreal’s Just For Laughs comedy festival. The full video has finally been made available on Hulu, so you can enjoy all one hour and six minutes of the live gala as much as you want! The Gala received great reviews from Muppet fans and was a big hit at the Just For Laughs festival, so it’s well worth watching. The video is so long, we decided not to embed it, so you can jump over to Hulu to watch the whole thing!
Our friends at WeLoveFine t-shirts have announced the five winners of their Sesame Street T-Shirt Design Contest. You can purchase all five of the winning shirts on WeLoveFine. The winners are as follows…
GRAND PRIZE WINNER (Trip to NYC to visit the creative team at Sesame Workshop): 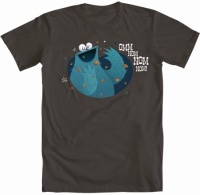 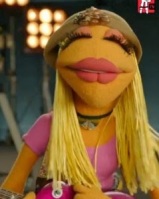 There have been loads of other appearances by the Muppets and their human co-stars while promoting Muppets Most Wanted, and we’ve done a very poor job of keeping up with them all. Thankfully, our great pals over at ToughPigs.com haven’t missed a beat. They’ve collected a score of interviews from the stars at the film’s press junket as well as videos of Janice, Scooter, and Miss Piggy talking to AwesomenessTV. Thanks, guys!
Finally, to close out the News Update, we’re so beyond humbled and blown away to announce that Ryan Dosier and The Muppet Mindset have a featured review blurb in one of the latest TV spots for Muppets Most Wanted. We’re also thrilled that the blurb is joined by another blurb from Joe Hennes of ToughPigs.com. Thanks to Disney for this incredible honor! Check out the TV spot below.