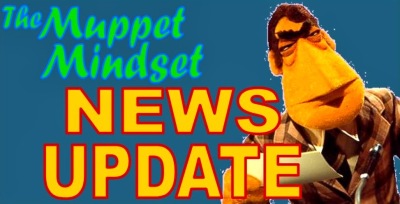 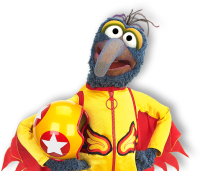 The official website for Muppets Most Wanted launched this week as an offshoot of Muppets.com. There’s not much here that die-hard Muppet fans won’t already know, but on the site you can watch the teaser trailer for the movie, read bios of the main cast members (Kermit, Miss Piggy, Fozzie, Walter, Animal, Gonzo, Sam the Eagle, Constantine, Dominic, Jean Pierre Napoleon, and Nadya), see a gallery of stills from the film (that we’ve been looking at for three months), and download desktop and phone backgrounds. There are some nice new Muppet poser puppet images, but that’s about all the new stuff. I’m sure we’ll see it updated as we get closer to the release of Muppets Most Wanted on March 21, 2014!

Our good friends at WeLoveFine are hosting yet another Sesame Street themed t-shirt design contest. Anyone can enter the contest up to five times, and there are no limitations as long as Sesame characters are used. The last day to submit is December 3rd. The grand prize winner can choose one of three prizes: $2000, a Wacom Cintiq HD 13 tablet, or a trip to the set of Sesame Street in New York City! Oh, and did I mention that the contest is being judged by Caroll Spinney and David Rudman? This is truly a once in a lifetime chance, so if your’e an artsy Muppet fan, get to work and enter this hugely awesome contest! Complete details can be found on the WeLoveFine site.

Speaking of Sesame Street, our friends and exuberantly lucky people Joe Hennes and Ryan Roe from ToughPigs.com visited the set of Sesame to talk to Matt Vogel, Martin Robinson, and Caroll Spinney about Jerry Nelson. And they video taped it and put it on YouTube because they’re awesome. Check out the video below!

As if that weren’t enough, Joe and Ryan also got to hang out with Count von Count for another awesome video…

Sesame Street is dominating our News Update this week! Earlier this week Sesame also announced that Jimmy Fallon and the Roots will be tagging along on their famous float in Macy’s Thanksgiving Day Parade. Jimmy and the Roots are sure to only add to the awesomeness of the Sesame Street float by being there–I can’t wait to find out what song they perform! The Macy’s Thanksgiving Day Parade will air on November 28th. Check your local listings! And for a reminder of why this is an awesome idea, watch Jimmy Fallon, the Roots, and the Sesame Street gang perform the “Sesame Street Theme” with classroom instruments! 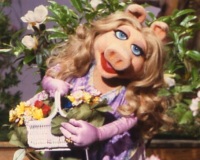 The Muppets will finally have a place at Walt Disney World’s EPCOT theme park starting in March as Kermit the Frog and Miss Piggy topiaries will be unveiled and will headline the annual International Flower and Garden Festival. According to a press release, “Kermit the Frog will find it is easy being green when his artfully-crafted character topiary debuts during the 21st Epcot International Flower & Garden Festival presented by HGTV March 5 to May 18, 2014 at Walt Disney World Resort. With flamboyance to spare, a floral Miss Piggy will join Kermit and his blooming banjo in the World Showcase topiary display.” For more information visit our friends at StitchKingdom.com!