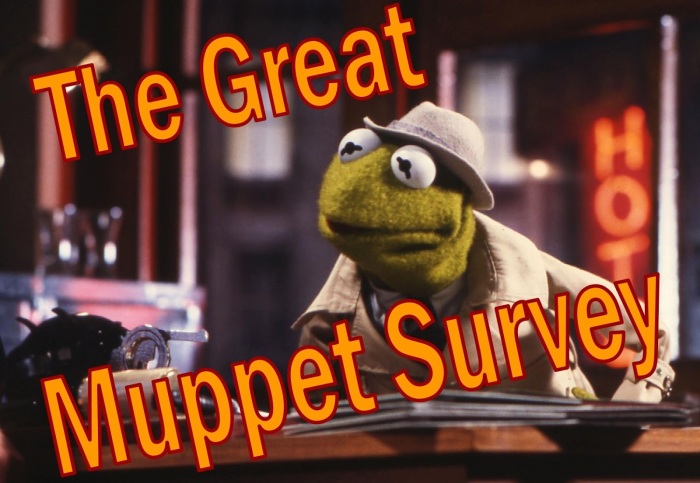 1.)   Who are your three favorite characters from The Muppet Show, Muppets Tonight, The Jim Henson Hour, the Muppet movies, etc. and why? 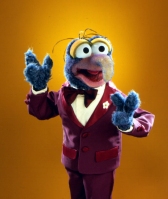 Gonzo the Great – Everything! Gonzo the Great is my very favourite Muppet on The Muppet Show because he puts so much work into his acts. He’s the ultimate daredevil, his girlfriend, Camilla, is a beautiful chicken and whenever I see him I feel so very happy! To me, he is what The Muppet Show is all about. The craziness, the magic, the art, the beauty, the nuttiness. He is amazingly cool and he definitely belongs with The Muppets.

Fozzie Bear – Oh, so very many things. His undying enthusiasm, how cute he is, his voice, his terrible jokes, and how he sometimes gets so upset with Statler and Waldorf. But Fozzie is so cute and every time I see him, my heart fills with so much love and happiness! I feel so much empathy towards him, if he’s sad, I’m sad. If he’s happy I’m happy! And, boy do I love it when he’s happy!

Zoot – An unconventional choice here, I know, but I always enjoy seeing him blow his sax, I love how cool he is, I love his voice, I love his blue hair and I just generally think he’s one cool cat. He is hip to the jive, you dig?

2.)   Who are your three favorite characters from Sesame Street and why?

Oscar the Grouch- Very grouchy and snarky, tells you to “go away and leave him alone,” loves trash and is just about the best Grouch anybody could ask for! Now, scram!

Grover – Clever, cute and funny–a wonderful, cute little Muppet who tries to get everything right but usually fails, though very enthusiastically and cutely. He’s very clever and quite a bit like Fozzie. He also is very sweet. I love him very much!

3.)   Who are your three favorite characters from Fraggle Rock and why? 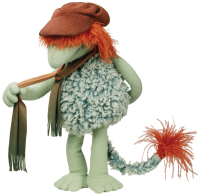 Boober – Boober is my very favourite Muppet and he’s the best Fraggle in the whole entire Rock as well as one of the very best people in the whole entire world! He cares so much about his friends, he has a fun side that he keeps hidden on the bottom, he’s scared of and a great expert on germs, death, doom, disease and destruction, he overcomes his fears and he is just like me. We have everything in common (good and bad, as much as I hate to admit it!) and this is something I just have to say, out of all of the Muppets and people in the whole entire world, Boober’s the one I ultimately feel for, my biggest hero, the one character that overcomes all of the rest.

Sidebottom – Sidebottom is Boober’s fun side that he keeps on the bottom. He is a complete menace to Boober and causes a lot of trouble for him, but Sidebottom is also a huge part of Boober. He is the complete psychological opposite of Boober, an alter-ego, so to speak and a great guy, although quite uncontrolled, but he is a very major part of Boober, whether they like it or not as expressed in the episode “Boober’s Dream.”

Marjory the Trash Heap – Marjory is oracle to the Fraggles and a great one at that! She’s very beautiful (for a trash heap), very, very wise, and she believes greatly and very strongly in peace and harmony. Truly the best and wisest oracle (especially of trash!) Case closed!

4.)   What is your favorite television program starring any of Jim Henson’s creations (e.g. The Muppet Show, Sesame Street, Fraggle Rock, Dinosaurs, etc.) and why? 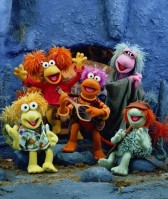 Fraggle Rock. It’s such a beautiful show that invented at least three new original songs per week (all absolutely brilliant), has ingenious stories, the best actors ever, the best characters ever, absolutely brilliant and full of wit, humour and that Henson charm as well as everything else. It is absolutely the best show ever made and thus, the best Henson television program ever. The Trash Heap has spoken!

5.)   What is your favorite Muppet movie and why?
The classic, the original, The Muppet Movie! It’s just so wonderful and heartwarming to see how they “approximately” all met and its so full of so many wonderful brilliant moments. The whole thing is just so unbelievably brilliant and beautiful that its hard to believe any of it even exists!

6.)   What is your favorite Muppet/Sesame/Fraggle song and why?

“Follow Me.” A beautiful song and the first one that made the writers of Fraggle Rock stop and say, “Hey, that’s it!” Also very, very memorable.

7) If you could have dinner with any living Muppet performer who would you choose and why?
Oh, so definitely Dave Goelz. He is so cool! He does all of my very favourite Muppets and he makes me so very happy. If anything, I’d just love to tell him how much he means to me, how happy he makes me and how much good he’s done for everybody in the whole world! Why, if it wasn’t for him so many wonderful characters like Gonzo the Great and Boober Fraggle wouldn’t even exist! If I never get to meet Dave, I just have to say one thing: Thank you so very much Dave Goelz, wherever you are!

8.)   If you could tell Jim Henson one thing, what would it be?
“Thank you for being here.”

9.)   If the President called you and asked to discuss Muppet projects, what would you tell him was the “Greatest Muppet Moment of All Time”?

When Gonzo floats away with the balloons in The Muppet Movie.

11.)   If a judge ruled that Grover had to be your personal assistant for a month, what jobs would you have him do?
Keep me company, tell me jokes and cook me meals. He’d be a very good, cute little friend and as he says he’s a monster who’s lovable and cute too!

12.)   In your opinion, what is the worst Muppet production ever made?
The Muppets Wizard of Oz. Whenever I think of it, I always think, “They could have done so much better.” Just to mention one thing, would it be that hard to let Miss Piggy be Dorothy? If you’re worried about who’d play the Wicked Witch, cast that “sweet, lovable” Annie Sue! If they did things like that, it could go from being the very worst Muppet production ever to one of the very best!

13.)   Who is one celebrity you would love to see cameo in the next Muppet movie?
Karl Pilkington. It would make things very interesting for Ricky Gervais. He could be a friend or an assistant or somebody. They could just talk for a second and even that would be absolutely hilarious for any fan of The Ricky Gervais Show or An Idiot Abroad. No matter what, it would make things a lot more interesting for him and thus make the movie more interesting in respects to that character.

14.)   If you could take a picture with any Muppet, who would you choose and how would you pose? 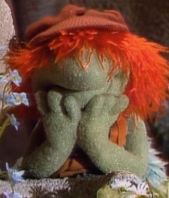 Boober. We’d both be doing the pose from the last line of the Fraggle Rock theme song.

15.)   What is your favorite piece of Muppet merchandise that you own? (Feel free to include a picture!)
My Gonzo and Camilla Disney Traditions “Hubba Hubba” statue. It’s so beautiful! I am certainly one proud, happy owner! 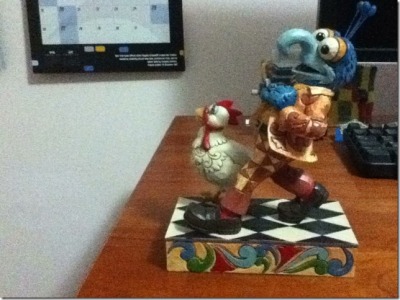