1. Who are your three favorite characters from The Muppet Show, Muppets Tonight, The Jim Henson Hour, the Muppet movies, etc. and why?
Well, Robin and Scooter are my first two favorites because Robin, besides being small and cute, can be very touching in his way of seeing the world. Scooter, well, I just seem to connect on some level with Scooter. I think that it’s the running around and doing things for people. My third favorite is a tie between Beaker and Rowlf. Beaker is adorable with his mee’s and meeps and is always the scapegoat for Bunsen’s experiments. Rowlf is a piano player, like me. There are times when he just appears to be overlooked. He also appears wise, in a way, to me.

2. Who are your three favorite characters from Sesame Street and why?
Oh jeez, well then, they would be Slimey, Count von Count, and Baby Bear. Slimey is… well… just plain cute. I don’t think that anyone would disagree to that. He has his own little way of communicating and even made it into space! The Count von Count just has this special something to him, given to him by Jerry Nelson. I would call someone crazy if they did not like the Count, with his love of counting that is evident to everyone and the friendliness that surrounds him. Baby Bear is one who really has a trueness to him in regards to his character. To me, this is most evident in his little speech impediment that he has that some of us can relate to in various ways. 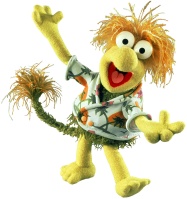 3. Who are your three favorite characters from Fraggle Rock and why?
My three favorite characters are Wembley (He’s my favorite!), Cantus, and Gobo. Wembley tries to see the good in everyone. He doesn’t understand why others argue or fight, as we see in “Fraggle Cave” and “Uncle Traveling Matt Comes Home.” He is very loyal to those that he calls his friends, so when his friends are in trouble, he will go and help them. He also does what he thinks is right, without any thought of what others may think of him. His bravery comes through in various episodes whenever his friends are in danger. Also, I just think that some of Wembley’s antics are just plain adorable. Cantus is very wise. He has his own way of saying what the Fraggles want to hear, and a knack of appearing out of nowhere. Gobo is the one who, besides Wembley, shows a lot of bravery. When his friends are in trouble, he will go and help them, even if this is after he has done something wrong. Once he realises that he is wrong, he will admit his wrong and try to fix it in any way he can. 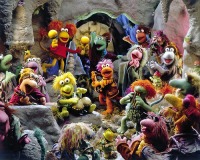 4. What is your favorite television program starring any of Jim Henson’s creations (e.g. The Muppet Show, Sesame Street, Fraggle Rock, Dinosaurs, etc.) and why?
Fraggle Rock. To me, those characters seem to have more depth of character and personality than some other characters. These characters really reflect real life, with their friendships, misunderstandings, arguments, and so on that make up the real world.

5. What is your favorite Muppet movie and why?
My favorite Muppet movie is The Muppet Movie. This movie really shows the relationships and connections that the Muppets have with each other. When in trouble, they come to each other’s aid, as demonstrated in Kermit’s speech to Doc Hopper. To me, it shows that there are other people out there with a dream similar to yours that will always stand by you.

6. What is your favorite Muppet/Sesame/Fraggle song and why?
My favorite song is a Fraggle song which is called “The Friendship Song” because this song really touches me. I have friends, not many, but I do have friends; I have even fewer best friends. I know that I can trust my friends, it didn’t take any special circumstances for me to discover that, I just knew. This song says to me that sometimes, when you are in a tough situation, all you need to do is “Try a little longer for your friends. Try a little stronger for your friends.”

7. If you could have dinner with any living Muppet performer who would you choose and why?
For me, it would be Steve Whitmire because he is just fantastic in so many ways, and his ability to perform many different Muppets, from Wembley and Rizzo to Kermit and Beaker, is amazing.

8. If you could tell Jim Henson one thing, what would it be?
I would tell him that “Your productions have really had a big impact on my life by showing me what people of different races and of both sexes can do when they come together to pursue a dream that they all believe in because they know that they are helping to make the world a better place.”

9. If the President called you and asked to discuss Muppet projects, what would you tell him was the “Greatest Muppet Moment of All Time”?
Um… well …after a lot of thinking on this I would say that, for me, in terms of entire projects, it would probably be The Muppet Christmas Carol because, to me, this movie shows that, even with the loss of Jim Henson and Richard Hunt, the Muppets could keep on living. 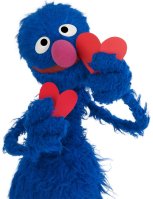 11. If a judge ruled that Grover had to be your personal assistant for a month, what jobs would you have him do?
Oh, well, I would have Grover meet all of my friends, who would undoubtably love him, and have him help us see the world in his way; and just be his usual, lovable, self.

12. In your opinion, what is the worst Muppet production ever made?
That’s easy, Muppets From Space.

13. Who is one celebrity you would love to see cameo in the next Muppet movie?
Patrick Stewart

15. What is your favorite piece of Muppet merchandise that you own? (Feel free to include a picture!)
Well, it is a tie between my Wembley Fraggle plush and my Kermit watch. 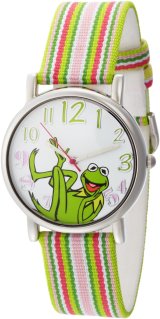