Who are your three favorite characters from The Muppet Show, Muppets Tonight, The Jim Henson Hour, the Muppet movies, etc. and why?

Number one favorite is Rowlf the Dog because he was most like Jim Henson (so cast members say) and he’s just a simple dog with simple tastes. He plays hilarious music, vaudeville tunes, a little Bach and Beethoven. He never ceases to make me laugh and feel good, he sort of epitomizes what Jim Henson wanted to do, more so than Kermit the Frog for me, to sing and make people happy! 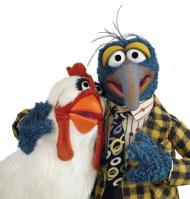 Second is Gonzo. Yeah he’s weird and silly and tried to eat a tire to “Flight of the Bumblebee” but he’s got a good heart, and his songs always hit right where they should, at your heart. He’s sweet and caring, and loves the stars. Something about a creature who can’t identify with anything that can look at the sky and admit they feel at home is very disarming and makes the audience feel like they aren’t alone either.

Third is a double-header: Statler and Waldorf. Rude, cantankerous, always bashing each others noses in. They are THE peanut gallery and have some of the best lines. Yet as much as they hate the Muppets, they keep coming, I like to think because they secretly like the show.

Who are your three favorite characters from Fraggle Rock and why?
I have one favorite for Fraggle Rock: Wembley! He’s indecisive, often because he doesn’t want to hurt people’s feelings, which I can relate to. And he plays the bongos!

What is your favorite television program starring any of Jim Henson’s creations (e.g. The Muppet Show, Sesame Street, Fraggle Rock, Dinosaurs, etc.) and why?

The Muppet Show and Sesame Street will be top ranking for me, always. They were so ground breaking in the television world, especially Sesame Street! A show for kids?! And we get to learn?! My favorite thing about these shows is that they are both about NICE things, happy things. At the heart of both shows it was made to make people smile and laugh and there is never anything wrong with that. Anywhere you go, you can ask someone about Sesame Street or The Muppet Show and they immediately smile fondly: “Oh my god! I loved that show!!” It’s a wonderful thing.

What is your favorite Muppet movie and why?

The very first Muppet Movie, because it was my introduction to the Muppets! It was everything a kid could want, singing, dancing, funny Muppets and people and car chases and a rad band! When I watch it now, I get all the jokes and there’s a deeper meaning to the songs (Gonzo singing in the desert has always made me misty-eyed!). I wish they’d re-release it in theaters so kids today could see just how special Jim Henson was.

What is your favorite Muppet/Sesame/Fraggle song and why?
From The Muppet Show: EASILY any song Rowlf the Dog or Gonzo sings, but probably “Just One Person” from the episode with Bernadette Peters is my favorite. It is so beautiful and simple. Jim Henson must have loved that song because it crops up later on in concerts and dedication shows to him.

If you could have dinner with any living Muppet performer who would you choose and why?

Can I pick three? Richard Hunt (Scooter!!!), Jim Henson, and Frank Oz. these three just make me laugh so much I’d love to put ANY of the Muppet performers at a table together.

If you could tell Jim Henson one thing, what would it be?
Thank you from the bottom of my heart.

If the President called you and asked to discuss Muppet projects, what would you tell him was the “Greatest Muppet Moment of All Time”?
The ENTIRE Muppet Show series can be counted as the greatest Muppet moment right? Can we put this back on the air?

What’s the name of that song?
Rainbow Connection?

If a judge ruled that Grover had to be your personal assistant for a month, what jobs would you have him do?
Demonstrate Near and Far and change to Super Grover at will!!

In your opinion, what is the worst Muppet production ever made? 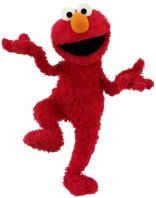 I honestly don’t know, even the later movies still hold true to the original Muppety goodness we all love. I couldn’t say to be honest.

Who is one celebrity you would love to see cameo in the next Muppet movie?
Good heavens, so many, Tom Hiddleston, Martin Freeman, Ian McKellan

If you could take a picture with any Muppet, who would you choose and how would you pose?
Big Bird, Hugging him!!! 😀

What is your favorite piece of Muppet merchandise that you own? (Feel free to include a picture!)
I don’t own any, sadly, 😦 yet!!! 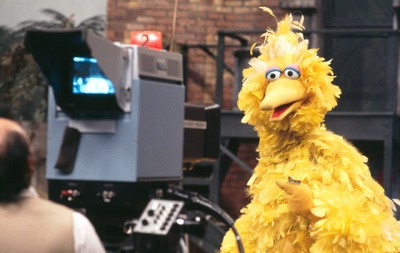