Ryan Dosier – Here we are… November 23rd, 2012. Exactly one year ago Disney’s first feature film effort with Kermit the Frog and company, The Muppets, was released in United States theaters. By now we’ve all seen it at least once (let’s not talk about how many times I’ve seen it), and we’ve had quite the tumultuous 2012 since the film’s release. The year that came in the wake of the successful movie has been a major roller coaster for Muppet fans, but we can all hold our heads high knowing that the next Muppet movie will begin filming in just two months in London. The last time the Muppets began filming again this quickly was after The Muppet Movie for The Great Muppet Caper (also coincidentally filmed in London).

Where are the Muppets now? Still making appearances and still sitting pretty high on the pop culture ladder. In fact, the Muppets will appear on NBC’s The Voice on Tuesday, November 27th and on NBC’s lighting of the Rockefeller Center Christmas Tree on November 28th. They’ll also be on ABC on Good Morning America the morning of Tuesday, November 27th… so the Muppets are anything but stagnant. However, I will assert that it’s fairly odd that we haven’t seen any small side-projects from the Muppets after the movie came out. No online videos, no TV specials, just the sparsely-seen Just For Laughs gala they hosted back in June. 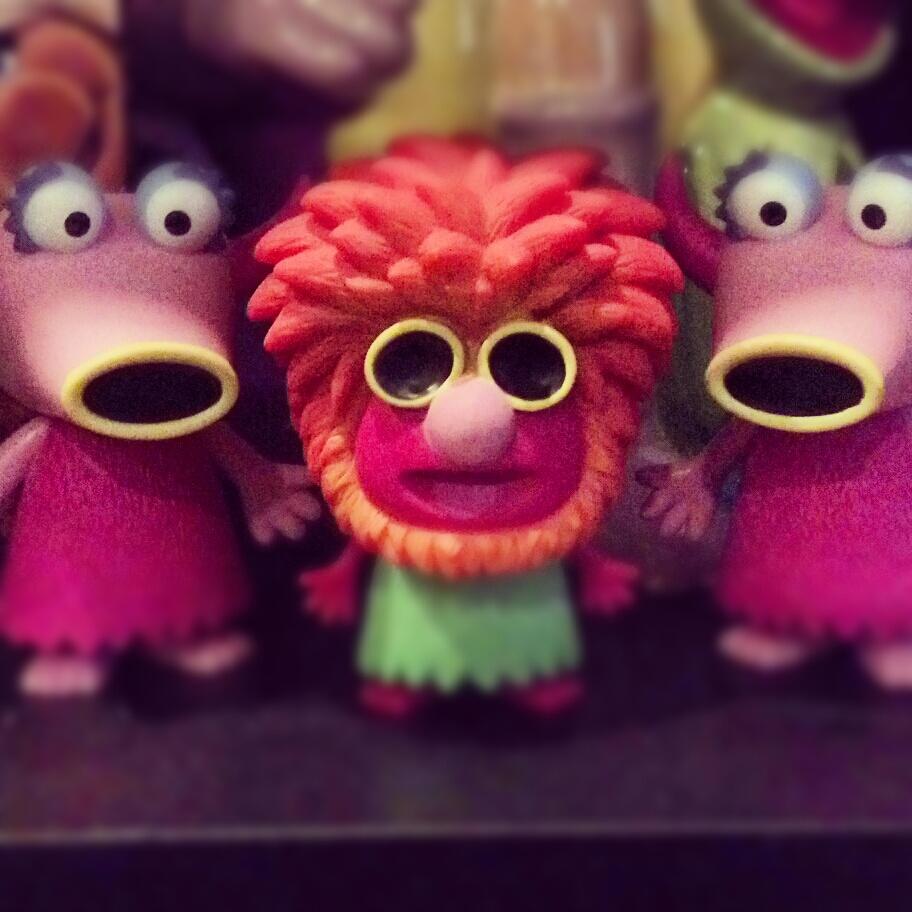 But a new movie is being made, appearances are revving back up, The Muppet Christmas Carol was just released on Blu-ray, various other pieces of merchandise (POP! Vinyl figures, books, clothes, etc.) have started to work their way onto store shelves… things are good for the Muppets, but there’s no doubt they could be better. It may sound greedy to keep saying, “We want more, more, more!” but in the end it really makes sense to have more, more, and more Muppet stuff to keep them in the public eye before the next movie is released.

Disney’s faith in the Muppets (enough faith to greenlight a sequel just a few months after the film was released) shows that they see the characters as a financially viable property for the first time since they have owned them. If the Muppets keep making Disney tons of money, as they did with the movie both in theaters and on Blu-ray/DVD, you can guarantee that Muppets will be everywhere in stores.

Everyone I’ve spoken to about it is very positive about the new movie. They say the script is solid and they’re excited to get back to work. And with the coming of the new Muppet movie, surely we’ll see the coming of even more Muppet stuff. I’ve heard from a reliable source that Disney is thinking about releasing the next season of The Muppet Show in conjunction with the new movie (why they didn’t release it when The Muppets came out, I’ll never know). The recent release of The Muppet Christmas Carol on Blu-ray probably means we’ll see the other Muppet movies on Blu-ray soon as well.

I think what is more important about what has changed, however, is that we as Muppet fans have become accepted over the past year. With the success of The Muppets, Muppet fans have been welcomed by the Disney community, by the film community, and by the world at large to some extent. I know that after a year, all of my friends have seen the movie and all of them finally understand (if not appreciate) my rampant fandom. No, I haven’t “converted” any of them to ardent Muppet fans, but I have helped them see why the Muppets matter and why they deserve the world’s attention. I probably couldn’t have done that without this movie.

In the end, the Muppets are in a very good place one year since the release of their major motion picture. The potential for the Muppets now is through the roof and they can really do anything at this point. With another movie on the way, merchandise on the shelves, and faith in the characters from all corners, Kermit, Fozzie, Gonzo, Piggy, Animal, Floyd, Rowlf, Lew Zealand, Pepe, Rizzo, and everyone in between are poised to dominate once again. If this next movie is as successful as The Muppets was, and if the Muppets remain as great as they have been this year one year from now… can a new Muppet television series be far behind? Who knows.

So with that, I close this article with a quote from my article from a year ago yesterday titled, “The Last Day Before The Muppets.” Here is that quote, which still perfectly sums up my feelings about The Muppets one year later:

So that’s that! What about you, Muppet fans? How do you think the Muppets are one year after The Muppets? What do you want to happen next? Where can I find a working treadmill to work off this Thanksgiving feast? Answer any or all of these questions in the comments below. I for one will be setting my sights on the future and the next Muppet movie!!

4 thoughts on “THE MUPPETS – One Year Later”