Over the past few weeks, you’ve no doubt heard Kevin Clash’s name in the news or read it online, but you’ll notice that you did not read it here. The Muppet Mindset made a very firm decision early last week to stay out of tabloid gossip and salacious rumors that affected not only a friend to the site, but a major inspiration as well. Unfortunately, the situation has reached a point where we find that we have to report about it, and it is with extreme sadness that we do so.

Sesame Workshop’s Statement
Sesame Workshop’s mission is to harness the educational power of media to help all children the world over reach their highest potential. Kevin Clash has helped us achieve that mission for 28 years, and none of us, especially Kevin, want anything to divert our attention from our focus on serving as a leading educational organization. Unfortunately, the controversy surrounding Kevin’s personal life has become a distraction that none of us want, and he has concluded that he can no longer be effective in his job and has resigned from Sesame Street. This is a sad day for Sesame Street.

Kevin Clash’s Statement
“I am resigning from Sesame Workshop with a very heavy heart. I have loved every day of my 28 years working for this exceptional organization. Personal matters have diverted attention away from the important work Sesame Street is doing and I cannot allow it to go on any longer. I am deeply sorry to be leaving and am looking forward to resolving these personal matters privately.”

We at The Muppet Mindset are stunned, shocked, and incredibly saddened by this turn of events. We truly hope you’ll join us in wishing the best for Kevin Clash in his terrible time. We also wish the best to Sesame Street and Sesame Workshop in this uneasy time of transition. Kevin’s contributions to the show and the company run much deeper than Elmo, and his presence will surely be missed in a heavy way. We are confident that Elmo will live on in the hands of a new performer, but it is impossible to deny that the character will not suffer because of the loss of Kevin.

Despite any accusations, Kevin Clash is a good man who has inspired countless masses and entertained and educated even greater numbers of children all over the world. It is impeccably sad to see him brought down in such a public, hurtful way and we very much hope that things will smooth over quickly and Kevin can move on with his life, however he chooses to do so. We at The Muppet Mindset thank Kevin Clash for his truly ground-breaking career and sharing his immense talent in such a purely good way.

To close, we share our audio interview with Kevin Clash and Elmo from last year. 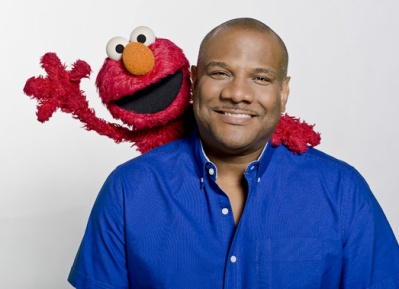