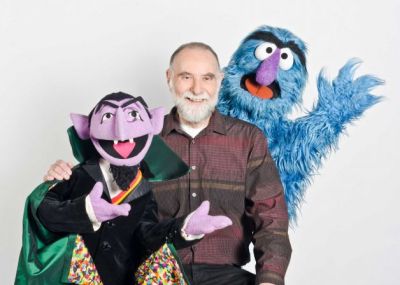 Ryan Dosier – It’s hard to put in to words just what the man, the Muppeteer, the legendary Jerry Nelson has meant to me. Though I only “met” Jerry via email just over a year ago, I’ve known him my entire life–we all have. Jerry was one of those people who didn’t just carry coolness on him… he exuded it. Even through email correspondence with him I could tell that he was deep, charming, brilliant, and mystical. (Perhaps even mythical.) My contact with him was brief, but it meant an indescribable amount to me.

The first contact I ever had with Jerry Nelson was in 2008, when I sent him a gushing fan letter, which he responded to very quickly, with an incredible signed picture of Count von Count that is forever framed on my wall. As a thank you, I drew a picture of Jerry surrounded by his characters and sent that to him as well… which he signed and sent back just as quickly. This was long before The Muppet Mindset, but Jerry was a giving and caring man, happy to help if it would make someone else happy.

My favorite example of Jerry helping when he didn’t have to came this past Christmas. My good friend absolutely loves Robin the Frog. I decided to ask Jerry if he would be willing to sign a photo of Robin for my friend. His response is so perfectly Jerry that I had to share it here. He said, “By all rights you should ask Matt Vogel to sign it, but I don’t mind.” Jerry signed that picture and had it back to me within a week… and I will never be able to thank him enough. It wasn’t a picture meant for me, but it meant so much to me. Knowing that the great Jerry Nelson was willing to take time for someone like me blew me away. I have a feeling that Jerry would have taken that time for anyone, anywhere. I was just unbelievably lucky enough to know him and be able to ask him.

Perhaps the greatest honor I’ve had in my life was the chance to interview Jerry Nelson. Getting to ask this legendary man my questions is a privilege and a moment that I will never forget. What truly moved me, however, was that Jerry answered all of my questions. I asked him more questions than I care to count (although the Count probably delighted in counting them all), but he never complained or questioned it. He always seemed thrilled to be answering and eager to see the interview go up. I really can’t express what an honor it was to interview Jerry Nelson, and again I could never possibly thank him enough. My favorite question that I asked Jerry came near the end of the final part of our interview. Here it is…

RYAN:   What would you like to be remembered for? If you could shape your legacy, what would it be?

JERRY:   Jerry Nelson. He was mostly on time.

Jerry Nelson will never leave us. He exists in the hearts and minds and deep down in the souls of anyone who loves the Muppets. Jerry gave life to so many irreplaceable characters in his career and there are hours and hours and hours of footage of him performing all around the world. The world will continue to remember Jerry long after today… as well it should. We love you, Jerry Nelson, and we always will.

I love you, Jerry Nelson, and I always will. I was so lucky to know you. As I said in our interview… Thank you for inspiring me to be a better person, for putting music in my heart, and bringing laughter to my life… I wish I could stand up and applaud you.

And just as you said in our interview, Jerry… 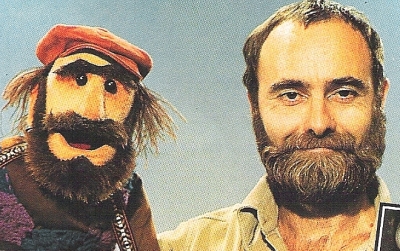 4 thoughts on “I Love You, Jerry Nelson”