IF YOU DO NOT WISH TO KNOW WHICH SONGS APPEAR IN THE MUPPETS MOVIE, STOP READING NOW!! FULL SOUNDTRACK LISTING FOLLOWS. 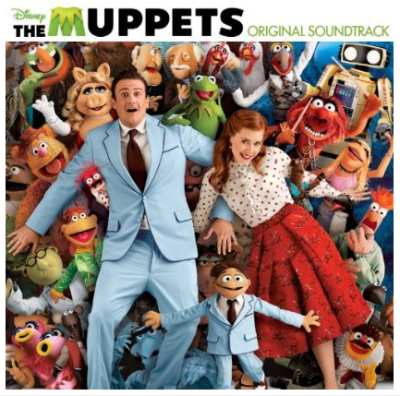 It seems like everywhere you look there’s more and more information about The Muppets flooding in. The most recent item to the flood: The Muppets (Original Soundtrack), which features every song from the film and 15 tracks of dialogue as well. There are four songs on the soundtrack written by music supervisor Brett McKenzie (“Life’s a Happy Song,” “Let’s Talk About Me,” “Me Party,” and “Man or Muppet”), Kermit’s new song “Pictures in My Head,” written by Jeannie Lurie, Aris Archontis, and Chen Neeman. There are three classic Muppet songs on the soundtrack (“The Muppet Show Theme,” “Rainbow Connection,” which appears twice, and “Mahna Mahna”) plus Nirvana’s “Smells Like Teen Spirit” covered by The Muppet Barbershop Quartet and Cee Lo Green’s “Forget You” by Camillia and the Chickens. Other songs include Paul Simon’s “Me and Julio Down by the Schoolyard,” Starship’s “We Built This City,” and a new Andrew Bird song, “The Whistling Caruso.”
The following is the full track listing, including dialogue tracks. Beware of spoilers abounding in the dialogue track names! Dialogue tracks are denoted with an asterisk (*).

Are you itching to hear just one of these songs? Well, itch no further (you’re breaking skin!) because yesterday on his blog, Ryan Seacrest released an exclusive listen to the entire “Life’s a Happy Song” track! This song takes place near the beginning of the film and features Jason Segel, Walter, and Amy Adams as they leave Smalltown, U.S.A. and head for Hollywood. Be sure to listen for Feist and Mickey Rooney’s vocal cameos! 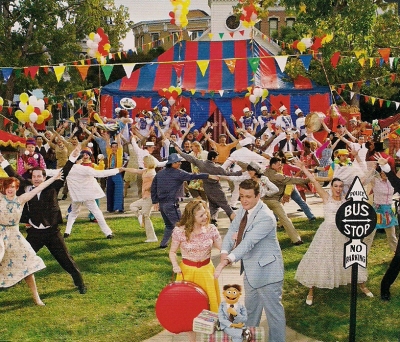 One thought on “"The Muppets" Soundtrack Revealed (SPOILERS)”