Yesterday, Disney released the fourth teaser trailer for The Muppets called “The Pig With The Froggy Tattoo,” parodying the sporadic trailer for The Girl With The Dragon Tattoo. This new trailer was so jam-packed with new content and clips from the movie, that we had to separate our traditional trailer breakdown into two parts. Be sure to check out yesterday’s Part 1 before diving into today’s Part 2. Which, as it so happens, is located conveniently below!

0:40 – Look at him… there he is… right where he belongs. Remember when Kermit said he wanted to make millions of people happy? Well… there ya go. Plus… that whole segue of Kermit walking from distraught theater to the stage to the red carpet… inspired and amazing.

0:42 – Look how happy they all are! Well… except Miss Poogy. You think this means they get to do the telethon? Oh, gee, I hope so… otherwise it’ll be a pretty short movie.

0:43 – This is one of the most amazing shots I’ve ever seen… Gonzo never looked so good!! That cape is extraordinary. Methinks he’s jumping off the roof of his plumbing company. 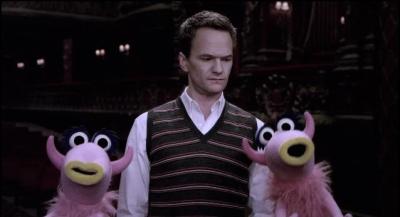 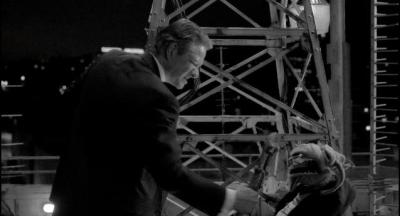 0:44 – SO much to say about this… are Uncle Deadly and Tex Richman trying to disable the television broadcast for the telethon? Is Deadly trying to prevent Richman from doing that? It certainly looks like they’re fighting over something.

0:48 – This is one of my favorite, favorite shots. They showed this scene at the D23 Expo and, let me just say, the visual gag that accompanies this image will have you rolling on the floor. But mostly… let’s just observe the triumphant, glowing return of our friend the Frog.

0:49 – Look at that funny thing! Obviously Fozzie’s head and hand… but that’s Scooter’s hand sticking out of the other end. My bet is that Kermit, Rowlf, and Animal are stuck in that suit somewhere too.

0:51 – If you haven’t had an extreme fan-attack… your eyes are probably closed.

0:53 – Two things… one, I love me an exasperated Kermit. Two, there’s a Mutation just hanging out backstage. What year is this?! 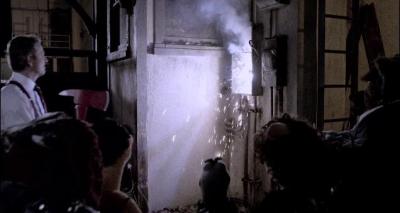 0:53 – Tex Richman taking an ax to some sort of electric box… accompanied by Bobo and Uncle Deadly (far right) and the Moopets. So they really are evil! 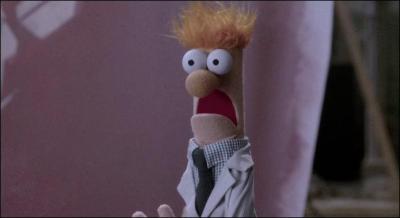 1:00 – Uncle Deadly… obviously singing in the finale song performance shot on Hollywood Boulevard. Does he become good by the end? Or can he just not pass up a chance to sing? 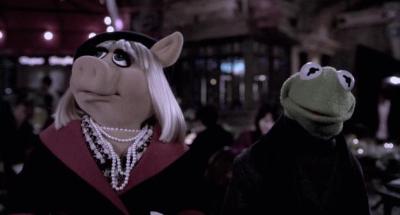 1:02 – I think this is Kermit and Piggy’s walk through Paris… which means that Kermit’s suit in this scene was designed by Brooks Brothers. Love it.

1:03 – This is just one of those perfect shots that you don’t expect and don’t want to see until you see it and you fall in love with it completely. 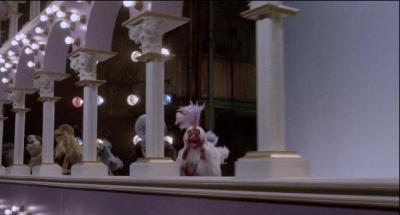 1:10 – It’s time to light the lights… Wow. WOW. What an utterly perfect recreation. 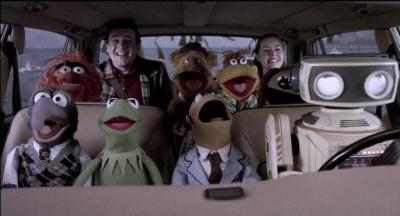 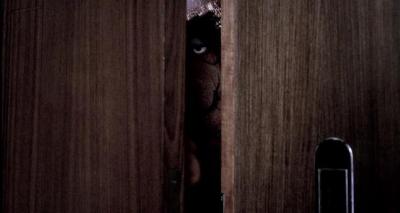 Is it November 23rd yet?

One thought on “The Pig With The Froggy Tattoo Trailer Breakdown, Part 2”