Our friends over at Destination Vinylmation have some great info on the upcoming Series 2 set of The Muppets Vinylmation available at the Disney Parks and online. Their post reveals the current planned release date for the set, April 15th and also pictures of the figures that are confirmed for inclusion so far. They include… 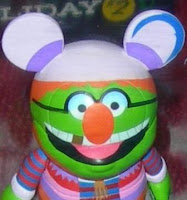 Other figures, including GONZO and SCOOTER have also been confirmed (sans pictures) by Vinylmation.net. Every Vinylmation series contains 12 figures, so logically The Muppets Series 2 will include a dozen new figure designs as well. Six are confirmed, what others can we expect? Well… here’s one Muppet fan’s theories:

Well… only time will tell what The Muppets Vinylmation Series 2 will hold. Hopefully we will find out on April 15th, the date which both Destination Vinylmation and Stitch Kingdom have claimed as the release date for the series. I don’t know about you… but I’ll be hovering over DisneyStore.com that whole day to buy some!

And, as always, check out The Muppet Mindset for more news on Muppet Vinylmation as soon as we get it! 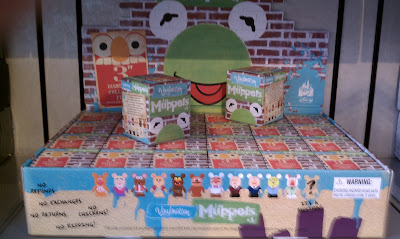