Muppet fans! Have you been doing your patriotic duty by voting every 12 hours in this year’s Muppet Madness Tournament? You had better be… because the competition has been positively fierce so far. Alistair Cookie just barely pulled out over Dr. Bob in Round 1… same with Snuffy over Sweetums–and Round 2 isn’t getting any easier. Check out some of these match ups! Swedish Chef vs. Statler and Waldorf, Super Grover vs. First Mate Piggy–how will you choose?! Well… here’s how we see it all boiling down.

That other Round 2 break down predicted this win to go to the black-leather clad Dearth Nadir over the fuzzy blue robe-wearer. However, I predict that Alistair Cookie will continue his ride of success from Round 1 and topple over Dearth Nadir in this round, simply because Cookie Monster is a more well-known and popular character and Alistair Cookie appeared a whole lot more than Dearth Nadir did… Who is that strange man, anyway?

Super Grover vs. First Mate Piggy
I honestly think that this race is no contest… I predict Super Grover completely taking down the space pig in this round and I completely anticipate him making it all the way to the final round. I mean… c’mon… it’s Super Grover, for corn’s sake! You can’t beat that with a stick. (Well… you probably could, but the kids definitely wouldn’t learn anything from that.)

I also think that this fight is pretty well won already… I predict that most viewers will be extremely nostalgic for the days of imaginary Snuffy and all the wonderful moments he has had on the Street over the years. The fact that Cantus only appeared in five episodes of Fraggle Rock won’t help him… but perhaps his being a classic Jim Henson character will give him a win from behind. But for now I’m predicting a massive Snuffle coup.

The Doozers vs. Mahna Mahna 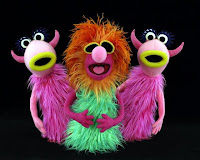 Currently Mahna Mahna is trouncing The Doozers with about 10% more of the vote. Now… I’m no scientist (believe me), but I’d say that’s a pretty good sign of him continuing to hold the lead through the end of the round. The Doozers are just to small to make a significant impact, unfortunately… I guess losing is just another thing that Doozers do?

This will be a very interesting one to watch. Two very popular, very fan-favorite characters battling it out for victory… and it’s really anyone’s guess which of them will pull out on top. My prediction is that Sam will jump to victory because of his patriotism and nostalgia factor, along with his “American Woman” video last year. However, I could also see Rizzo sneaking into the winner’s circle based on his role in The Muppet Christmas Carol which a lot of casual fans absolutely love him in. But my money’s on Sam… even though I’m sure he doesn’t condone betting.

The Penguins vs. Slimey
Another pretty simple one to predict… The Penguins will pull out on top here–one could say they’ll flip their way to victory. Slimey may have been to the moon and won the Squirmadega 500, but he just can’t stand up to an entire horde of semi-aquatic arctic fowl. To a lot of people, Penguins define the Muppets–hurling Penguins, flipping Penguins, orchestra Penguins… Poor Slimey just can’t slither to the top here.

Humanoids
The Swedish Chef vs. Statler and Waldorf 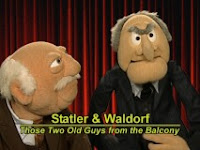 This is another one that could virtually go either way. These are arguably three of the most popular Muppet characters of all time battling it out for glory. The Swedish Chef has been immensely popular since his first appearance… but so have Statler and Waldorf. I guess it’s just going to come down to which of them people have fonder memories of. I’m going to have to piggy-back off of ToughPigs’ choice and say that this race is honestly just too close to call at this point. At the moment, Statler and Waldorf do have a slight lead… but I really do predict The Swedish Chef to come up strong very soon. This is the one to watch, folks! 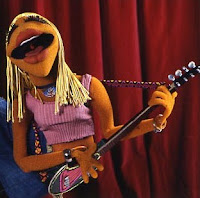 Scooter vs. Janice
Yet another super close race! Scooter and Janice… possibly Richard Hunt’s two most popular characters, battling it out for golden humanoid Muppet glory! Who will take the cake? Scooter has the fact that he appeared in nearly every episode of The Muppet Show going for him… while Janice is a fan favorite of hardcore and casual fans alike (the fact that she apparently looks like so many celebrities is a plus for her). Although Scooter holds the lead at the moment, anything is possible. I’m actually gonna go against the grain and call for a Janice victory here… but I’ve been wrong numerous (numerous) times before, so we’ll definitely see.

And there you have it, Muppet fans. The entire break down of Round 2 of The Muppet Madness Tournament. Well… what are you waiting for, Christmas?! Go vote! You get to vote every 12 hours, so get on it! When deciding who to vote for, just remember… 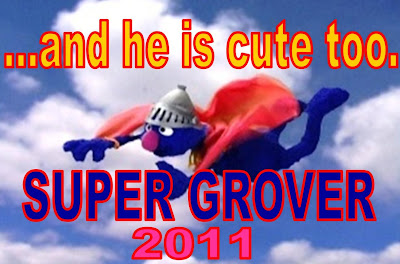