Greetings Muppet fans! As we’ve discussed many times before, showcasing the work of Muppet fans has always been one of our primary goals here on The Muppet Mindset–and today is no exception! We’ve got quite an exciting new fan project to show off today: a role-playing-game from the mind of friend of the blog Adam Dickstein. Adam is hosting the game on his blog and would really appreciate it if you checked it out–and it’s pretty cool… so you really should check it out!

My two biggest hobby loves are role playing games and the Muppets. For those unfamiliar with role playing games, they are one part game, one part improv theater, and one part interactive storytelling exercise. Remember those Choose Your Own Adventure books from the early 80’s? It’s a lot like those. The most famous role playing game to enter the pop culture lexicon is Dungeons & Dragons.

Essentially, a role playing game is played when a group of players create characters using their preferred rules of choice and go on adventures created by a referee player, often called a Gamemaster. All you need is pencils, papers, some dice, a set of rules and your imagination to create heroes, fantastic worlds and epic stories. 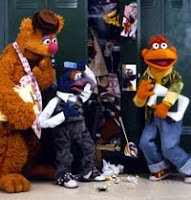 With my blog becoming more and more popular I thought it was a good time to let people see a little pet project I’ve been working on for, oh, over 20 years now. I made a Muppets Role Playing Game. Over the course of the entire month of March, I will be posting the rules, ideas on what to do with them and ways to incorporate the Muppets or Muppet themed ideas into already existing role playing games. In addition, several of the more popular RPG bloggers are going to make “guest appearances” on my blog, incorporating their own affection for gaming and the Muppets.

I hope other Muppet fans will join us and check out all the fun over at http://barkingalien.blogspot.com. If even one Muppet fan finds the game fun or one game revitalizes their love of the Muppets, I’ll be a happy camper. 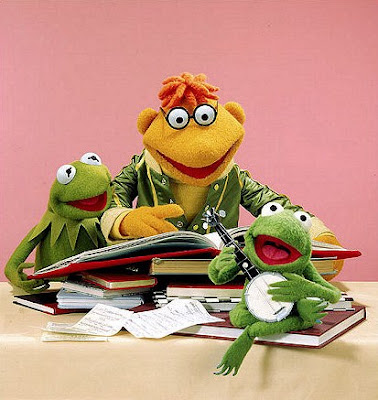