Archaia Comics will be releasing its second volume of the Fraggle Rock Comic Book on January 19th (next Wednesday). Issue #1 has stories written by Grace Randolph (Muppet Peter Pan), Jake Forbes, and Joe LeFavi and art by Chris Lie, Mark Simmons, Cory Godbey, and Katie Cook. One of the covers is done by the amazingly talented David Petersen (see right). Our good friends at ToughPigs.com have an exclusive preview of the first issue!

Jim Henson will be a major part of the television program Pioneers of Television on PBS. The program airs on Tuesday, February 8th at 8:00 EST (but you may want to check your local listings anyhow). The DVD of the program will also be available the same day for purchase on the PBS website. 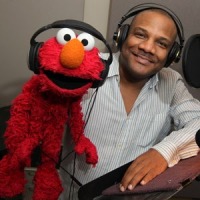 Our good friends at ToughPigs have linked us to a great deal of awesome old Muppet appearances featuring Miss Piggy, Kermit, Clifford, and Bear (from the Big Blue House, of course). Be sure to watch the videos because, quite frankly, they’re wonderful (go figure). It’ll take up about an hour or so of your time, but I promise you it is SO worth it. Enjoy!

Lastly, the fine folks at Ain’t It Cool News have named The Muppets their most anticipated film of 2011, which, quite frankly, is a rather big deal. The article they wrote includes a huge, touching look into their fandom of The Muppets and Jim Henson. It’s awesome and reminds me of something one of us would write… so I highly recommend enjoying it and reading it!