Greetings, Muppet Fans! As you know, this past Thursday, The Muppet Mindset turned one year old. You’ve seen our fans and contributors come out in full force to send us well-wishes, you’ve seen the amazing artwork of Dave Hulteen, Jr., Jarrod Fairclough, and James Silvani as they pass along their incredible talents in support of our one-year, and you’ve seen some of the greatest people in the world–not just the Muppet world–help make this the most meaningful anniversary any blog-runner could ask for. But now it’s my turn, so if you’ll indulge me for a few paragraphs, I’d greatly appreciate it.

The Muppet Mindset was, literally, started on a whim and a prayer by yours truly. If you don’t know the story, it goes a little something like this… After many failed attempts to help Muppet fans with great ideas and brilliant work contribute to the Muppet world, it finally became time to take matters into my own hands and let Muppet fans’ voices be heard. Thus, The Muppet Mindset was born. When it first started there were only a handful of people committed to contributing, but it soon exploded into an entire community of fans who were excited to express their love for The Muppets in an article for The Muppet Mindset.

Today we sit at the fore-front (or at least in the first couple rows) of the Muppet fan community. We’ve worked side by side with our friends Joe Hennes and Ryan Roe from ToughPigs.com and Steve Swanson from The MuppetCast. We’ve interviewed countless (or twelve, if you want to count) fantastic people who have a hand (that’s a joke, son) in bringing us The Muppets, Sesame Street, and Fraggle Rock. We’ve garnered 421 Fans on Facebook, 879 followers on Twitter, and just this month alone (and it ain’t even over yet!) we’ve had over 20,000 visitors to the site.

There is absolutely no doubt in my mind that the success of The Muppet Mindset stems directly from the overwhelming support the Muppet fan community has shown us. The outpouring of everything from articles to comments to photo submissions to… everything has been beyond humbling and overtly awesome. Without you guys, The Muppet Mindset would just be me, The British Correspondent, and Lisa the Intern arguing back and forth about frog-knows-what. (Well… that’s sort of what it is anyway.)

Having this website has opened up an entirely new world for me, and I can’t thank you all enough for your support and love and for making everything happen. But enough generalizations… it’s time for personal thank you shout-outs!

Matthew Drapper – You don’t know him, but he’s one of the best friends I could ever have–and we’ve never even met! His support and prodding and joking and friendship and everything in between is what makes The Muppet Mindset what it is. I wouldn’t be half the Muppet fan I am today if it weren’t for him!

Lisa “The Intern” Alexander – Another best friend I’ve never even met. She keeps me on my toes, keeps me from going overboard, gives me ideas, and does the spell-checking ’round these parts (it’s not as easy as it sounds). I owe her a ton! 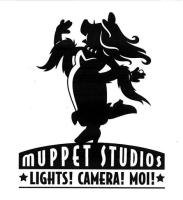 The Muppets Studio – Every person you meet there is the new nicest person you’ve ever met. They’ve done more for me than I can express–plus, they give me something to do. Keep up the AMAZING work.

Sesame Workshop – Same as above. The nicest people around who do the greatest work in the world. What they’ve done for the world is beyond anything. We can never thank them enough.

The Jim Henson Company – Once again… see above (twice, even). Wonderful people whose work is responsible for all of this!

Bill Barretta – He knows why, okay. Is pretty easy to see.

Louis Henry Mithcell – His friendship sprang out of nowhere, but boy am I glad it did! He rocks my socks every time I talk to him. He’s one of the best people out there and I hope to meet him in person some day very soon!

BOOM! Studios – They quoted me on the back of a comic book. Need I say more?

James Gannon – Consistently saves my butt every Monday there’s a new comic out. HE deserves to be quoted on the back of a comic book!

James Caroll – You know that logo you usually see at the top of the page (and that will return tomorrow)? Yeah, Jamie’s responsible for making that look awesome beyond belief. He also provides an unbelievable amount of the pictures you see in posts.

Ryan Roe – Funny, friendly, and an all-around great guy. Plus, we have the same name!

Steve Swanson – From the time I won The MuppetCast impression contest with my Bunsen Honeydew voice, Steve and I have been pretty close compadres. He does so much for this community and I only wish I was as influential and consistently awesome as him!

Dave Hulteen, Jr. – See that AWESOME anniversary logo at the top of the page? (How can you miss it?) Dave did that. He’s an awesome friend and I owe him way too much. I’ve said it before, and I’ll say it again, this man is the most talented graphic artist I know! Hire him, Muppet people!!

Michael Wermuth, Jr. – A great Muppet fan with SO much to contribute. His articles are always a treat to read! (Plus, they’ve saved me from a day-with-no-post more than a few times.)

James Silvani – It never ceases to amaze me how much talent and friendliness can come together in people. Every time he’s been featured or mentioned on the site, he’s contributed an AMAZING piece of artwork. Plus, he was the first to finally head the call and put Angus McGonagle in a comic! I’d really like to have a print of that signed by James… Hmmm. Excuse me, I’ve got an email to send.

The British Correspondent – I still haven’t found my cat. …Why am I thanking him, again?

Shane Keating – The resident Sesame Street pro! This kid is incredible. His articles have graced more Sesame Street Saturdays than anyone else–even me! Did you know he’s also a talented puppeteer? He is!

Matt Baker – Helped me start the push for Fraggle Music on CD. He’s a great guy with GREAT ideas!

Anthony Mazucca – You’d be hard pressed to find a Facebook post of ours that he hasn’t liked. This kid’s everywhere!

Sparkle – Her comments on our posts are extremely prevalent and very… interesting.

ALL of our fantastic contributors…

ALL of our fantastic interviewees…

And super special thanks to…

Well, that just about does it for another one. Admittedly a very long one… But there were just so many great people to thank and if I forgot anyone I can’t apologize enough–but as you can see, I had a lot of folks on my mind. Thank you all for everything you do. I can not wait to spend another year running The Muppet Mindset–if just so I get to meet more people like all of you!

2 thoughts on “A Little Thank You Music”