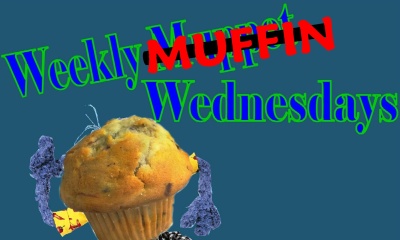 BLUEBERRY MUFFIN
Performed by…
Starbucks (from 7:00 am to 9:00 pm)
Also provided amongst the offering for breakfast in craft-service (which is where I am currently sat, underneath a table writing this article, actually.)
First appearance…
Unknown, but first appeared in Sweet Form in the 1970s
Most recent appearance…
On my plate right now. (In fact, some crumbs have just gotten under the y key…hang on. yyyyyyyyyyyyyyyyyyyyyYYYYYyyyy. Right, that’s sorted.)
Memorable quote…
“Do you mind?”
“Aaah! A talking Muffin!”
Little known facts…
The demand for area ratio of Muffin top to Muffin bottom radically changed the way in which Muffin pans were designed. 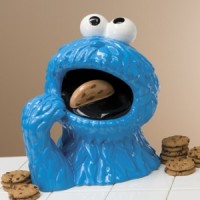 English Muffins are traditionally more like a doughy-bread roll which is split and toasted, buttered and served with cheese or jam. They can be described as similar to British Scones, however British Scones are more like American Biscuits, but American Biscuits are nothing at all like British Biscuits which are more like American Cookies…So in conclusion, English Muffins are NOT like Cookies. (Cookie Monster was not available to comment at this time.)
Minnesota proudly boasts the blueberry muffin as their official state Muffin. Don’t we all wish our states or counties could make such a claim?
Best friend…
The Blueberry Muffin gets along just fine with Caramel Mocha Latte’s with Extra Foam.

WHO IS BLUEBERRY MUFFIN?
Blueberry Muffins are delicious baked goods, with a light battery, cakey texture dotted with pockets of smooth, sweet blueberries. The Blueberry Muffin has a variety of uses. It can be eaten. It can make a statement such as ‘I eat Blueberry Muffins and I’m proud of it’. It can be dressed in a French Maid’s Uniform and used to clean out the office (much as Animal was used on the Give a Day, Get a Disney Day promotional website). It can be used to aid the escape of marauding lionesses. It can provide shelter during rain for very small creatures such as Tinkerpiggy from the Muppet Peter Pan Comic Book. It can be used as a floatation device in the unlikely event of a water landing. It can even be used as an effective icebreaker, i.e. “Hey, what about those Blueberry Muffins, eh?”
MUFFIN MOMENTS
Pepe the King Prawn is often known to call the Muppets “Muffins.” Pepe also sent Tom Bergeron out to get a Muffin for himself, and a Bagel for Kermit during their recent appearance on America’s Funniest Home Videos.

The Swedish Chef once attempted to make Doughnuts by shooting holes through English Muffins with a boomashootn. (The American Doughnut Society was not available to comment at this time, but have been known to mutter under their breath about English Muffins and Doughnuts honestly not having the same texture, bringing the Chef’s culinary skills into question.)
During Episode 312 of Mopatop’s Shop, entitled I’ve Got Plenty of Muffin, a Muffin Superhero arrived at the shop in search of a costume. (I have not seen the episode myself, but assume the Muffin was clothed at the time. The Worldwide TV Standards Agency was not available to comment at this time.)
In Episode 4074 of Sesame Street, Big Bird must decide between a Birdseed Muffin and a Birdseed Bagel. (Personally, I’d have gone for a Birdseed Croissant and called it a day.)
Ms Rachel Bitterman used the word “Muffins” as a method of displaying contempt for the Muppets. 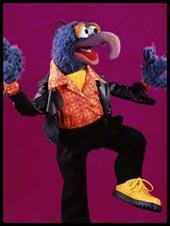 WHY DO THE MUPPETS NEED MUFFINS?
The Muppets need Muffins for much the same reason that Muffins need the Muppets.
Without the Muppets…people would never accidently go into a coffee house and order a “Muppet” with their coffee and would never receive the shock of receiving a FAO Swartz Whatnot with their milk and sugar.
Without the Muffins…the Muppets would never find themselves sliced, toasted, buttered and served with cheese or jam when they come to England, and we wouldn’t want to deprive Gonzo of that privilege now would we?

One thought on “Weekly Muffin Wednesdays”